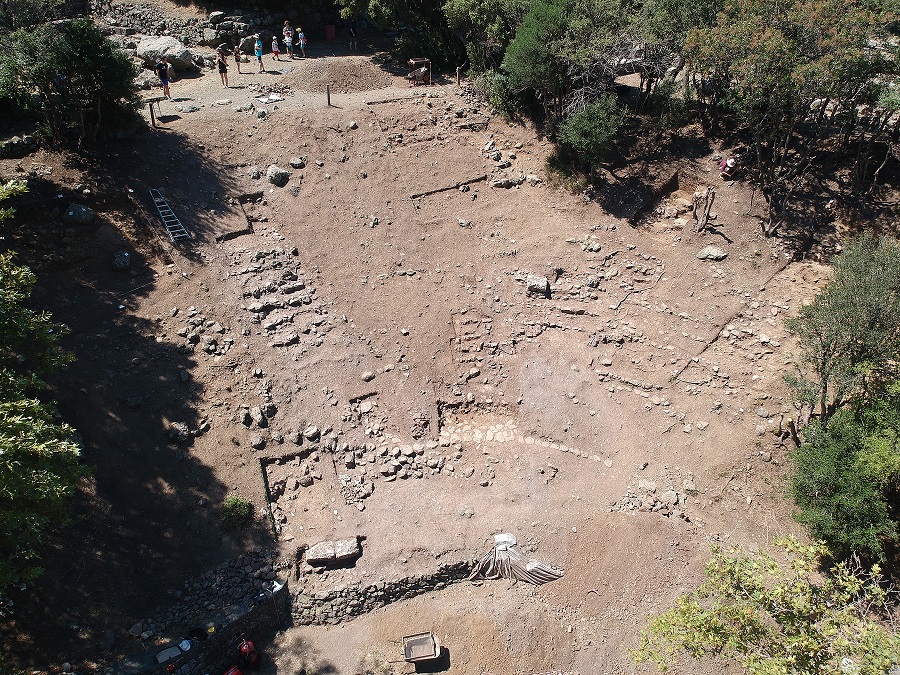 ATHENS, GREECE—Tornos News reports that a team of researchers led by Bonna Wescoat of Emory University conducted excavations in the western section of the Sanctuary of Great Gods on the Greek island of Samothrace, which is located in the northern Aegean Sea. The area under investigation included a theater, a 340-foot-long roofed colonnade or stoa, and the perivolos, or court surrounded by a low wall, where the statue known as the Nike of Samothrace once stood. The excavation uncovered some architectural features of the theater first revealed during excavations in 1923, pieces of statue bases made of red rhyolite and white limestone, and fragments of a ceramic pipe that ran under the theater. The researchers also noted that the stoa had been built of limestone from the quarry of Akrotiri. For more on archaeology in Greece, go to “A Surprise City in Thessaly.”