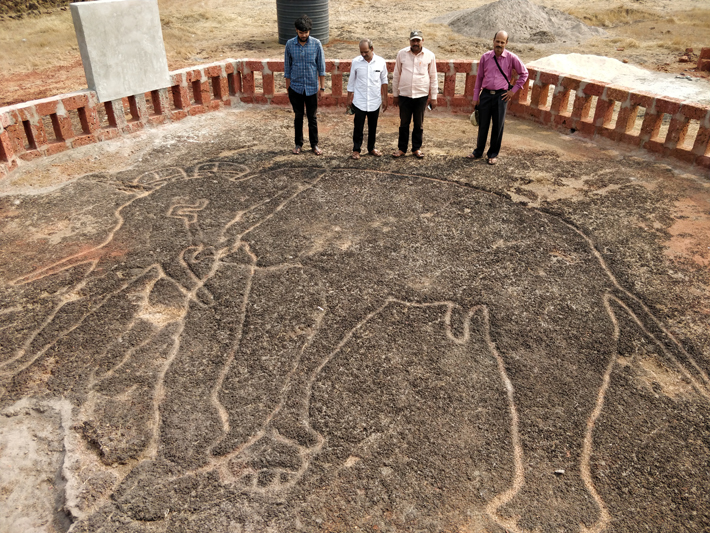 MAHARASHTRA, INDIA—BBC News reports that thousands of petroglyphs carved into rocky, flat hilltops have been discovered in western India by a group of explorers who wanted to investigate a few known images revered by local people. Most of the newly found carvings, which depict animals, birds, human figures, and geometric designs, had been hidden under layers of soil. The images are similar to artworks found in other areas of the world, and are estimated to be about 12,000 years old, based upon their designs. “We have not found any pictures of farming activities,” said Tejas Garge, director of the Maharashtra state archaeology department. “But the images depict hunted animals and there’s detailing of animal forms.” Some of the pictures show animals such as hippos and rhinoceroses, which do not live in western India, raising questions requiring further study, Garge added. To read about the discovery of chariots dating back 4,000 years, go to “Indian Warrior Class.”