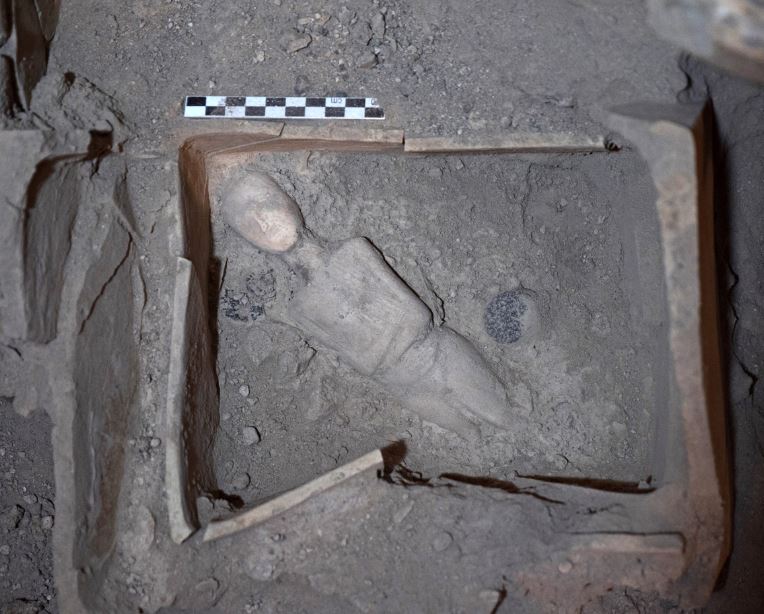 SANTORINI, GREECE—The continuing excavation of the so-called “House of the Thrania” in the Minoan settlement of Akrotiri has yielded a collection of 3,600-year-old artifacts thought to have been used in rituals, according to The Greek Reporter. The settlement, destroyed during a volcanic eruption on the island in 1600 B.C., was preserved by its ash. In the northwestern corner of the building, a team of archaeologists from the Greek Ministry of Culture uncovered a clay chest containing a marble figurine of a woman. In the southeastern corner, three containers were found. The two smaller ones held vessels made of clay, while the largest box held a marble vial and an alabaster vessel. The artifacts could help researchers understand the region’s prehistoric religion. To read in-depth about the Minoans, go to “The Minoans of Crete.”