Foreign Archaeologists Return to Ur 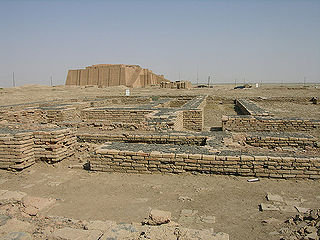 BAGHDAD, IRAQ—A satellite image has led British archaeologists to a large palace or temple on the banks of the Euphrates River, about ten miles from the ancient city of Ur. They have uncovered a corner of the structure, which is thought to be 4,000 years old and to consist of rooms with nine-foot-thick walls arranged around a central courtyard. “The size is breathtaking,” said Jane Moon of the University of Manchester. The area has been closed to foreign scholars since the 1950s, when a military air base was constructed nearby.