Fresco Depicting Leda and the Swan Uncovered in Pompeii 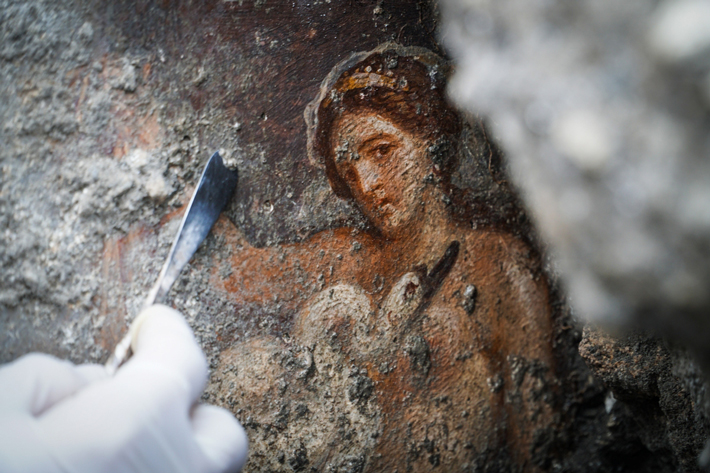 ROME, ITALY—The Associated Press reports that a fresco illustrating the Greek myth of Leda and the Swan has been uncovered in Pompeii. The artwork is thought to have decorated a bedroom in a wealthy person's home located on the Via del Vesuvio, near the center of the ancient Roman city, which was destroyed by the eruption of Mount Vesuvius in the first century A.D. Massimo Osanna, director of Pompeii Archaeological Park, said the Spartan queen in the painting appears to be looking out into the room while she Zeus, disguised as a swan, sits on her lap. Because the fresco is situated in an area of Pompeii that is not open to the public, it may be removed from the site so that it can be protected and put on display. To read in-depth about conservation of frescoes at Pompeii's most famous house, go to “Saving the Villa of the Mysteries.”