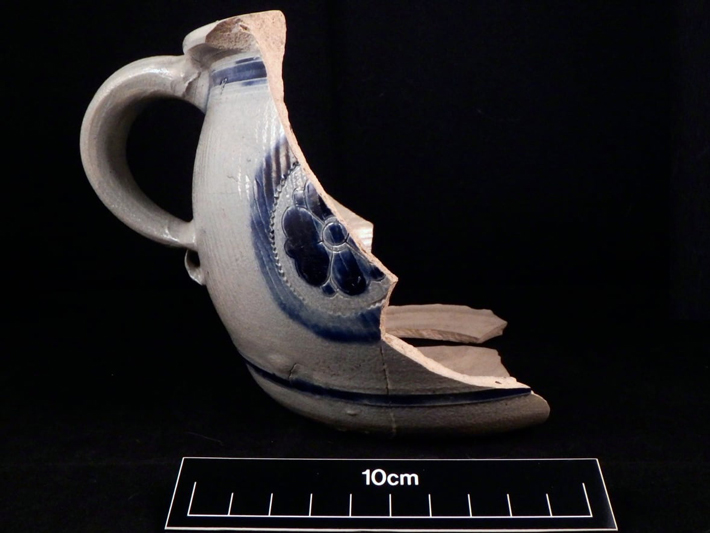 HALIFAX, NOVA SCOTIA—CBC News reports that a room-sized underground stone vault was discovered near Province House, the home of Nova Scotia’s legislature, during construction work last summer. Archaeologist April MacIntyre said she and the members of the construction crew were surprised when they tried to break up what appeared to be bedrock. “What we discovered was an open, dry-stone-laid chamber with a semicircular, vaulted-type roof,” she explained. MacIntyre and her team investigated and measured the vault with remote cameras because it was not safe for them to enter the chamber, which is about 20 feet long by 14 feet wide, and about ten feet deep, although silt has collected on the floor. “There’s no record of anything of that nature being here on the property,” she explained. “No indications on maps or any records that we’ve been able to find.” Artifacts on the roof of the structure date to the late eighteenth and early nineteenth centuries, and MacIntyre noted that the structure seems to be similar to powder magazines from the period, including one built at Fort Anne in Annapolis Royal in the late 1790s. The small hole in the structure’s roof has been covered with a cloth and the area filled with crushed stone to stabilize and mark it. To read about the discovery of a famed nineteenth-century shipwreck in the Canadian Arctic, go to “Franklin’s Last Voyage.”