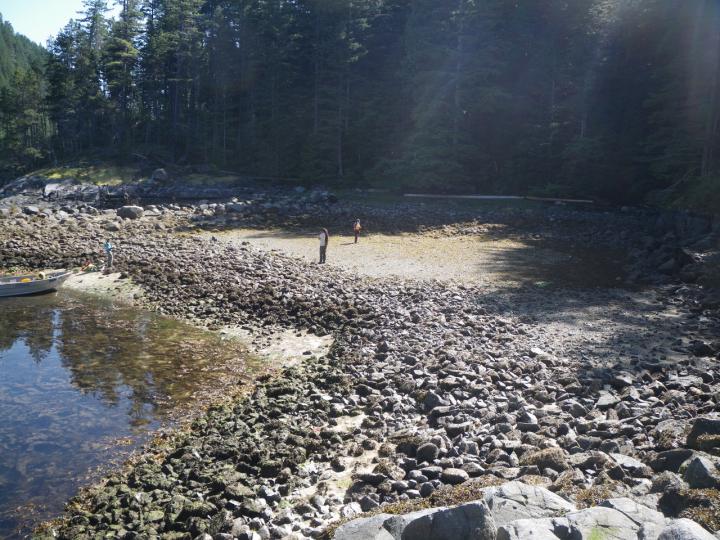 BRITISH COLUMBIA, CANADA—According to a Vancouver Sun report, shellfish gardens on Quadra Island beaches were built by First Nations peoples at least 3,500 years ago, or about 2,000 years earlier than previously thought. First Nations elders said the gardens, in addition to increasing the number of littleneck and butter clams living in the waters, would have also created good places to fish. Nicole Smith of the Hakai Institute said the rock-walled gardens and terraces were radiocarbon dated with barnacle scars left on the building materials. “If the rock came from another part of the intertidal zone and it was turned upside down during construction, [the barnacle scar] can be preserved in the sediment in an anaerobic environment,” she said. Clam shells in the wall were also dated, she added. Rising and falling sea levels would have required the communities that maintained the shellfish gardens to move them to maximize productivity and food security. “If it wasn’t productive it would just be in the way,” explained Dana Lepofsky of Simon Fraser University. To read about a barbed arrow point discovered in Canada's southern Yukon, go to “Time’s Arrow.”