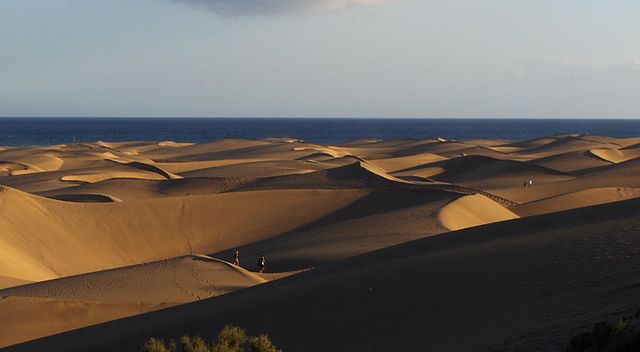 SAN CRISTÓBAL DE LA LAGUNA, SPAIN—According to a New York Times report, migrants from North Africa first arrived in the Canary Islands around A.D. 100, and inhabited all seven of the islands by A.D. 1000 at the latest. The study, conducted by population geneticist Rosa Fregel of the University of La Laguna and her colleagues, examined human mitochondrial DNA recovered from skeletons unearthed at 25 sites scattered over all of the Canary Islands, which are located off the coast of Morocco. “In the Canary Islands indigenous people, we find typical North African lineages, but also some other lineages with a Mediterranean distribution, and also some lineages that are of sub-Saharan African origin,” Fregel said. The researchers also found four new lineages unique to Gran Canaria and two of the eastern islands, suggesting there may have been at least two waves of migration, one of which was large enough to result in a great deal of genetic diversity. Europeans who traveled to the islands in the 1400s claimed the Canarians lacked navigational skills, leading to the suggestion that they may have been brought to the islands by Romans or Carthaginians. For more on the use of mitochondrial DNA in genetic studies, go to “Naia—the 13,000-Year-Old Native American.”