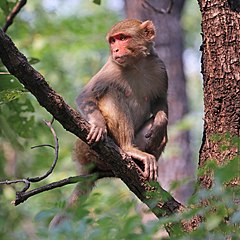 TEHRAN, IRAN—According to a report in Nature, the 4,000-year-old remains of a young rhesus macaque have been unearthed in the cemetery at Iran’s site of Shahr-i Sokhta, or “Burnt City,” located at the junction of Bronze Age trade routes that crossed the Iranian plateau. Claudia Minniti of the University of Salento and Seyed Mansour Seyed Sajjadi of the Iranian Center for Archaeological Research said the monkey may have been a beloved pet and a status symbol, since it was buried in a single pit, just as infants were buried in the cemetery. The grave also contained the sort of pottery placed in human burials at the site. To read about a re-analysis of a famous Iron Age gold object found in Iran, go to “The Price of Plunder.”