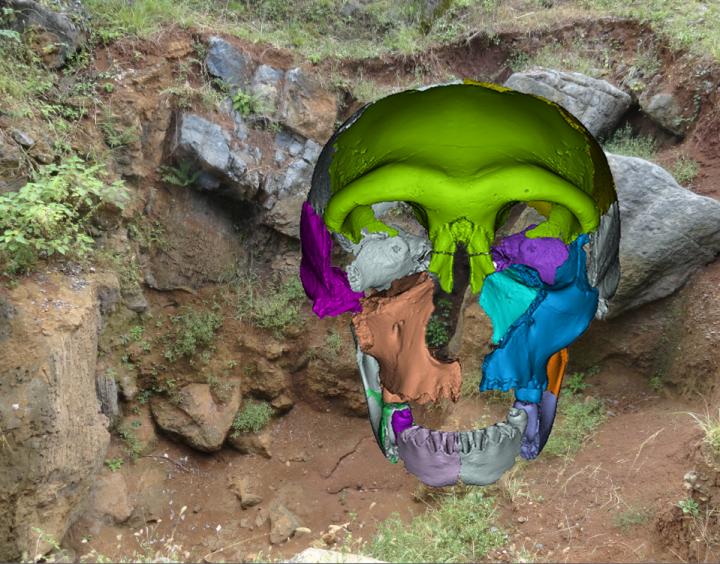 HEFEI, CHINA—Xinhua reports that 300,000-year-old fossils of as many as 16 individual human ancestors and other mammals, as well as stone tools, have been found in a collapsed cave in east China. Wu Xiujie of the Institute of Vertebrate Paleontology and Paleoanthropology of the Chinese Academy of Sciences said a large rock had fallen at the entrance of the cave, and may have protected the remains from predators and erosion. The fossils include a nearly complete skull and partial mandible. Teeth from the jaw suggest the skull belonged to a boy about 14 or 15 years of age. “What we have found in the site could just be the tip of the iceberg,” added research team member Liu Wu. “We will continue our excavation work until the very end.” To read about a similar recent discovery in the Philippines, go to “A Very Long Way to Eat a Rhino.”