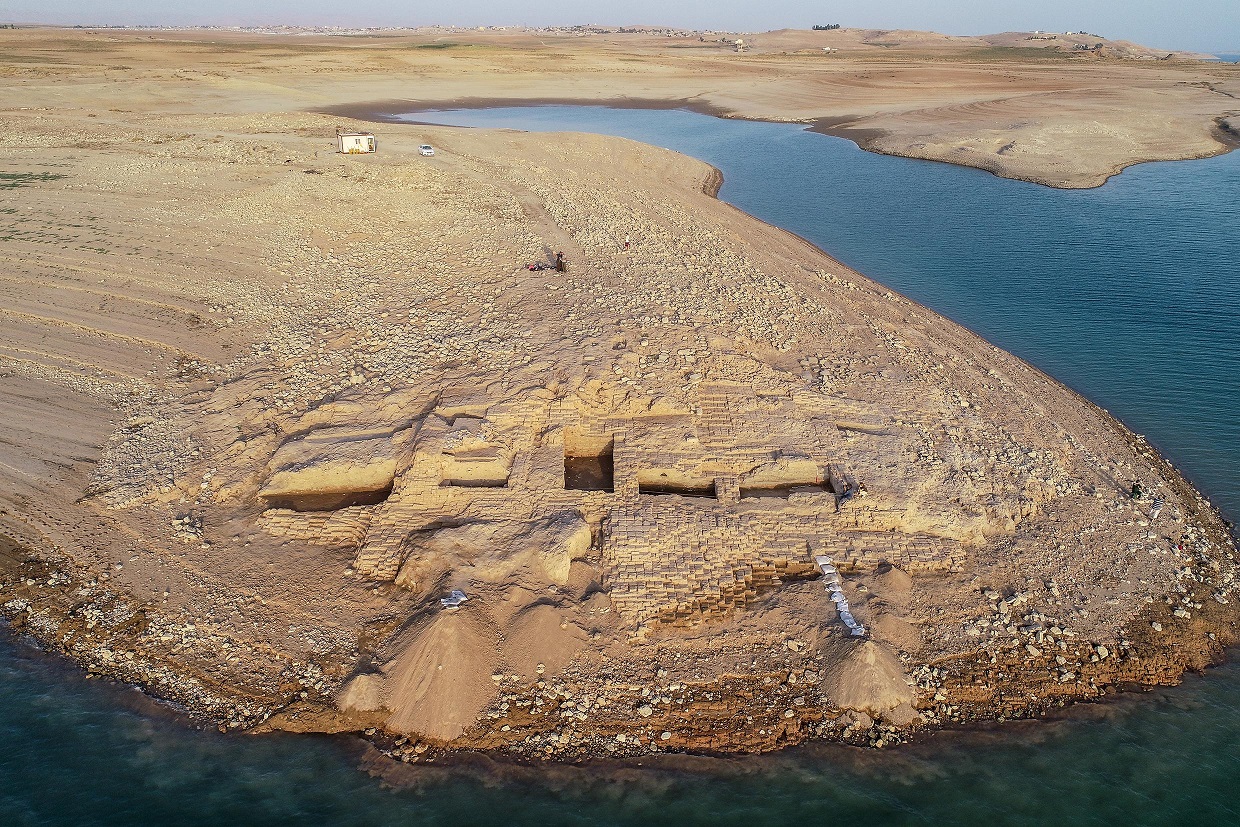 KURDISTAN REGION, IRAQ—CNN reports that drought has revealed the remains of a 3,400-year-old palace in northern Iraq’s Mosul Dam reservoir. The palace, at a site known as Kemune, once stood on an elevated terrace on the eastern banks of the Tigris River. Researchers from the University of Tübingen and the Kurdistan Archaeology Organization said the structure dates to the Mittani Empire, which ruled parts of northern Mesopotamia and Syria in the fifteenth and fourteenth centuries B.C. Some of the site’s mudbrick walls measure more than six feet thick and stand more than six feet tall. Rare traces of bright red and blue wall paintings have also been uncovered. “Kemune is only the second site in the region where wall paintings of the Mittani period have been discovered,” explained Ivana Puljiz of the University of Tübingen. Ten cuneiform tablets at the site could offer new information about the politics, economy, and history of the Mittani Empire, and possibly identify the site as the ancient city of Zakhiku, mentioned in an ancient source dating to 1800 B.C. The palace has been submerged anew since the archaeological investigation took place. “It is unclear when it will emerge again,” Puljiz said. To read in-depth about cuneiform, go to “The World's Oldest Writing.”