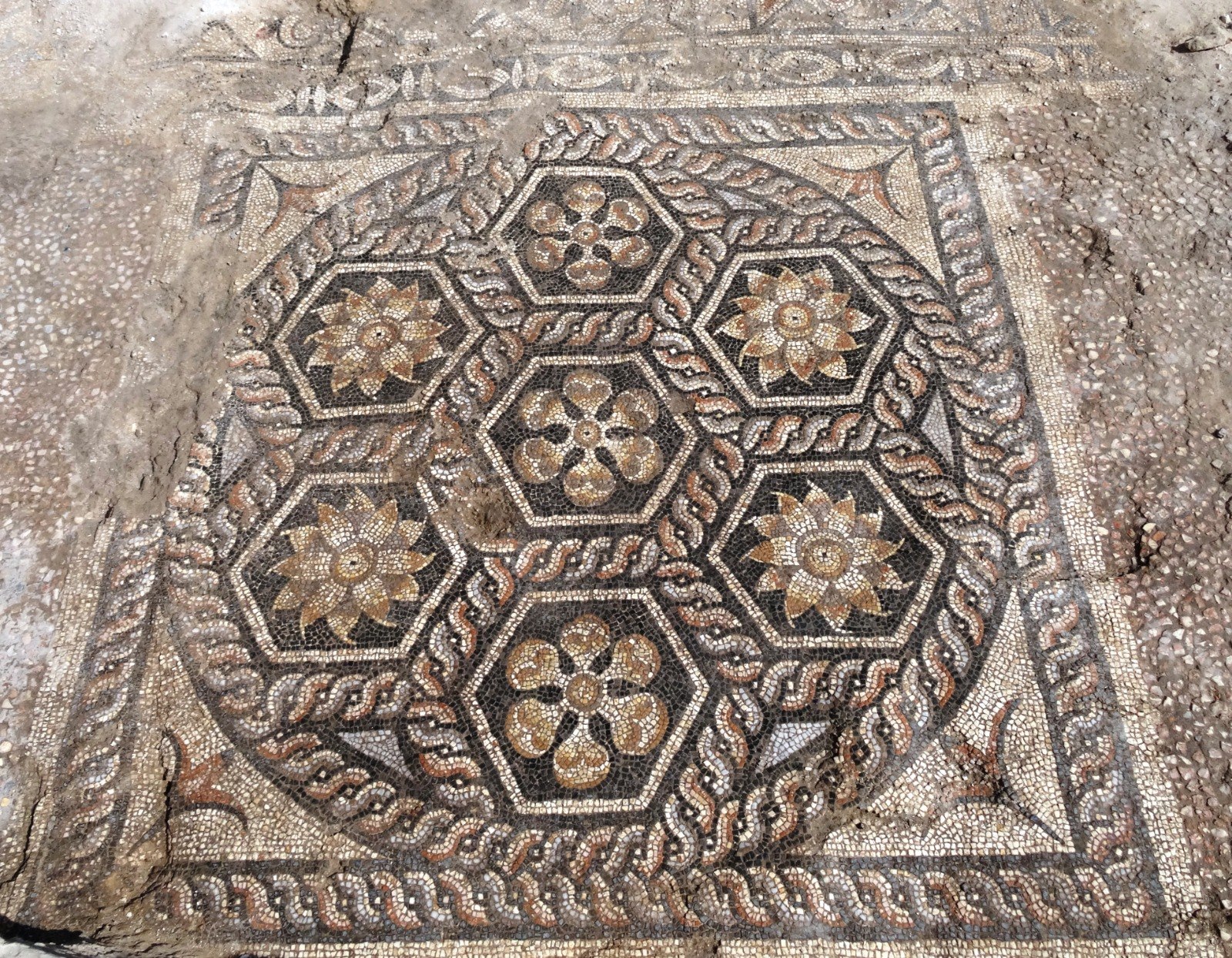 ALEXANDRIA, EGYPT—Ahram Online reports that a team of Egyptian and Polish archaeologists discovered a well-preserved Roman mosaic floor in a house at the site of Kom El-Dikka, which features a small theater, an imperial bath, and a group of 22 lecture halls that may have been part of a university. Grzegorz Majcherek of the Polish Center of Mediterranean Archaeology at the University of Warsaw said the mosaic floor, which includes six hexagonal panels decorated with images of lotus buds and flowers, showcases a distinctive Alexandrian style. “Overall, the design of the mosaic, additionally equipped with a transversal field in front decorated with astragals and rosettes, is typical for the triclinia—the most imposing of the dining rooms in a Roman house,” Majcherek explained. For more on Roman Egypt, go to “A Lost Sock's Secrets.”