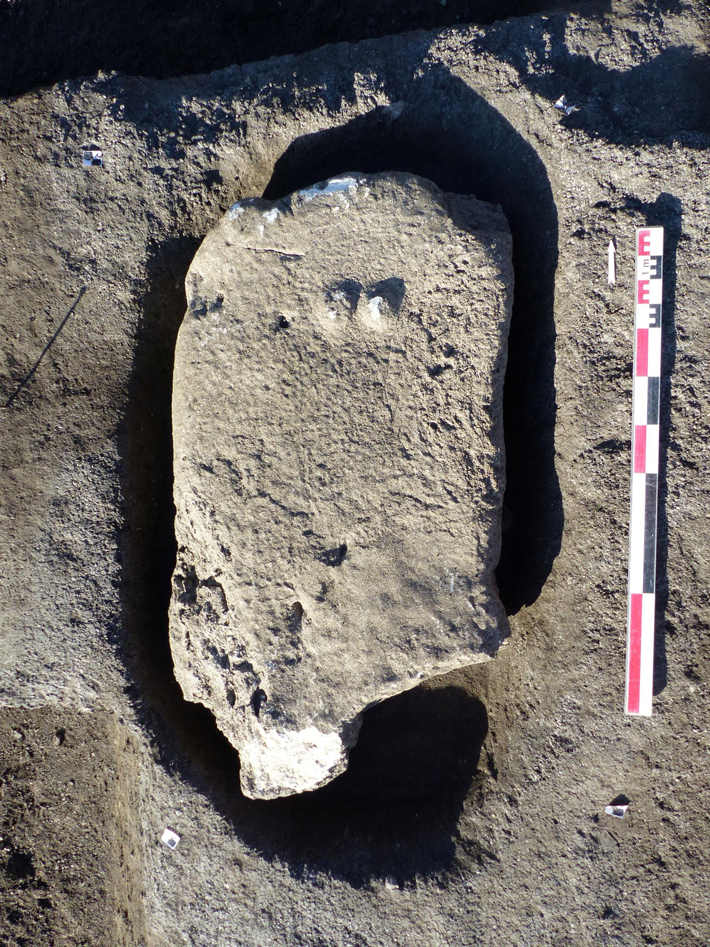 AUVERGNE, FRANCE—According to a report in The Connexion, 30 toppled monoliths and a human skeleton were discovered in central France during an archaeological investigation ahead of road construction. The stones, called menhirs, measure between three and five feet long, and were arranged in a north-south formation, from largest to smallest, along a slope over a length of about 500 feet. One of the stones was sculpted into an anthropomorphic shape with a rounded head, rough shoulders, and two small breasts. Researchers from the National Institute of Preventive Archaeological Research estimate the monument could date to anywhere between 6000 and 1000 B.C. The human remains, thought to have belonged to a tall man, were found at the center of a quadrangular cairn of stones that measured about 45 feet long and 21 feet wide. To read about a Neolithic mass burial in the Alsace region, go to "Culture Clash."