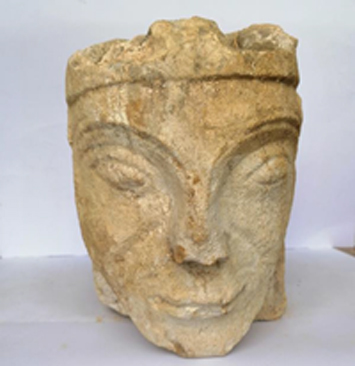 MILTON KEYNES, ENGLAND—According to a report in the MK Citizen, a stone carving that may depict the head of Eleanor of Aquitaine was discovered in southeast England’s Bradwell Abbey during conservation work. Eleanor was Duchess of Aquitaine when she married King Louis VII of France and participated in the Second Crusade. After her marriage to Louis VII was annulled, she married the Duke of Normandy, who became King Henry II of England in A.D. 1154. Three of her sons from this marriage, including Richard the Lionheart, became kings of England. The carving is thought to be original to the twelfth-century abbey, where traces of medieval paint were also uncovered. For more on Richard the Lionheart's involvement in the Crusades, go to "Reimagining the Crusades."