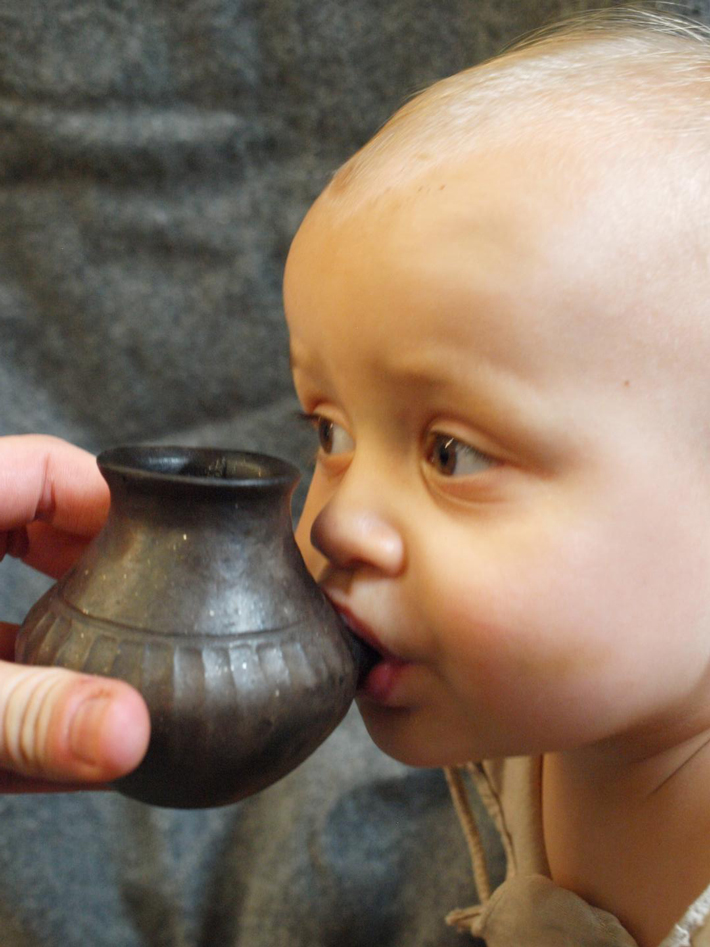 BRISTOL, ENGLAND—According to a Reuters report, traces of domesticated animal milk have been detected in three small Bronze Age ceramic vessels fitted with narrow drinking spouts that were recovered from children’s graves in Germany. Biomolecular archaeologist Julie Dunne of the University of Bristol said other similar vessels, found in locations around the world and dating back some 7,000 years, could have also been used to feed infants. While the vessels in the study were utilitarian in form, some of these other objects were decorated with playful ears, horns, human feet, and interesting shapes, or crafted in the forms of imaginary animals. The ability to feed young children animal milk may have allowed members of the community to share in mothering duties, added Katharina Rebay-Salisbury of the Institute for Oriental and European Archaeology of the Austrian Academy of Sciences, perhaps boosting the chance of survival at a time when about one-third of all babies in Europe are thought to have died before their first birthdays. To read about when Neanderthals weaned their infants, go to "World Roundup: Belgium."