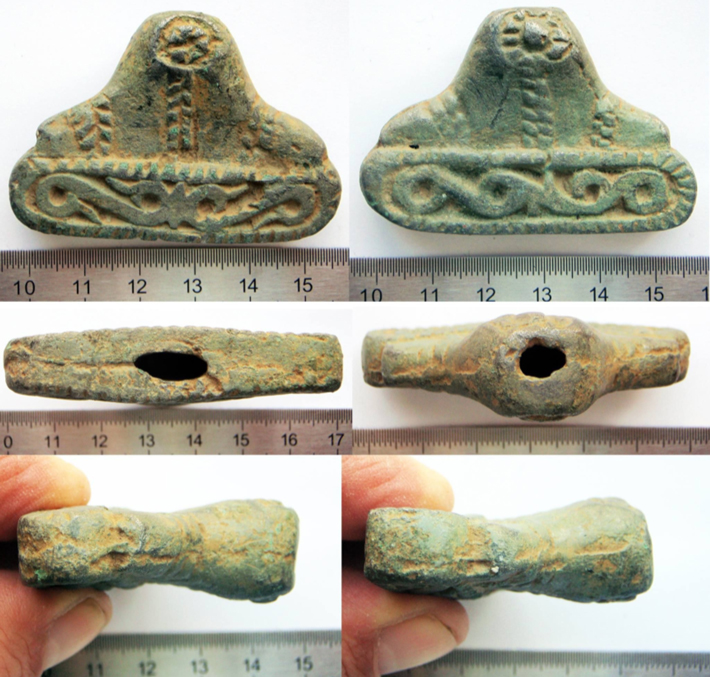 TALLINN, ESTONIA—ERR News reports that pieces of some 100 Viking swords and spearheads dating to the middle of the tenth century A.D. were found in two caches placed about 260 feet apart along a remote Viking trade route near Estonia’s northwestern coast. Archaeologist Mauri Kiudsoo of Tallinn University said the bits of broken weapons may have been cenotaphs, or items left as a monument to warriors who had died and were buried somewhere else. The surviving sword parts provide enough information, however, to know the weapons included H-shaped double-edged swords. Eight nearly intact type H swords and fragments of 100 more have been found in Estonia alone, Kiudsoo explained. Most of those artifacts have been found along the country’s northern coast, he added. For more, go to "The First Vikings."