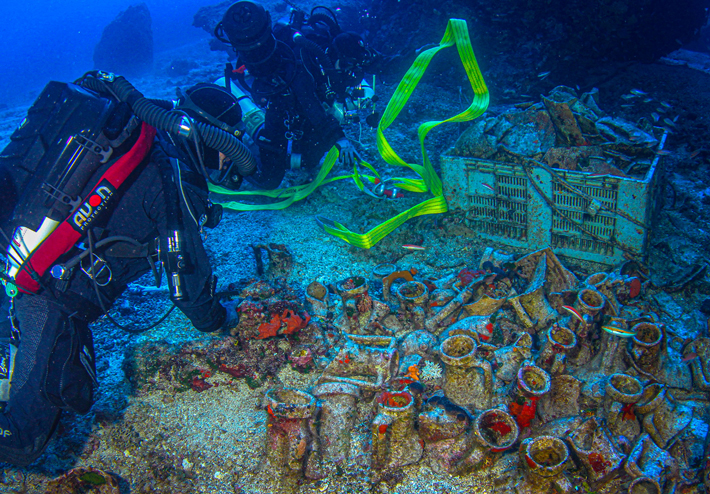 EUBOEA, GREECE—Officials from the Greek Ministry of Culture and Sports announced that researchers from the Ephorate of Antiquities of Euboea returned to the Antikythera shipwreck site this month. Known for a bronze, complex clockwork mechanism recovered in 1901, the shipwreck was discovered by sponge divers in deep water off the coast of the Greek island of Antikythera in 1900. This season, team members led by Angeliki G. Simosi recovered bones, possible olive pits, a piece of wood studded with four bronze nails that may have been part of the ship’s structure, a bronze ring, a piece of iron, and fragments of amphoras made in Italy and on the Greek island of Kos. The origins of some of the amphoras have not yet been identified. To read about human remains recovered from the wreck, go to "Antikythera Man," one of ARCHAEOLOGY's Top 10 Discoveries of 2016.