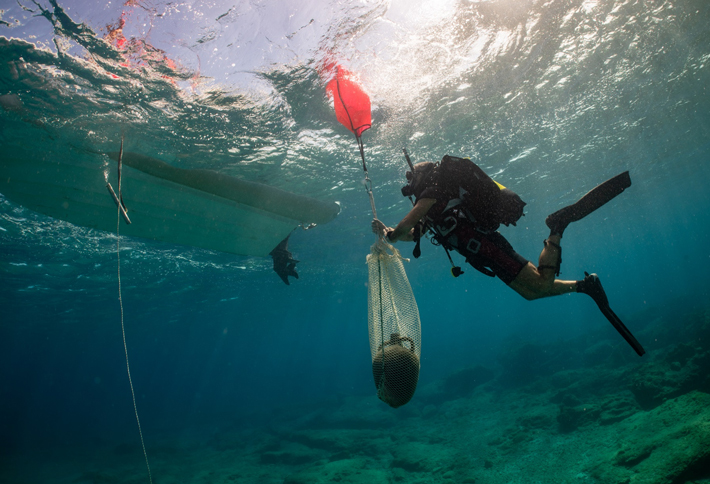 ATHENS, GREECE—According to an Associated Press report, five shipwrecks were discovered during a survey of the waters off the coast of the Greek island of Kasos by a team of researchers led by archaeologist George Koutsouflakis of the Ephorate of Underwater Antiquities. Situated between the islands of Crete and Rhodes, the waters around the island of Kasos were on the trade route linking the Aegean to the Middle East. Divers found five pyramid-shaped stone anchors at one wreck that dates to the late Classical period. The 2,300-year-old vessel was carrying at least four types of amphoras and fine ceramic tableware when it sank. The other shipwrecks date to the first century B.C. and the Byzantine and medieval periods. Pottery, iron cannons, and anchors dating to the Byzantine period and later were also found scattered on the sea floor. To read about the oldest known intact shipwreck, go to "Ancient Shipwreck," one of ARCHAEOLOGY's Top 10 Discoveries of 2018.