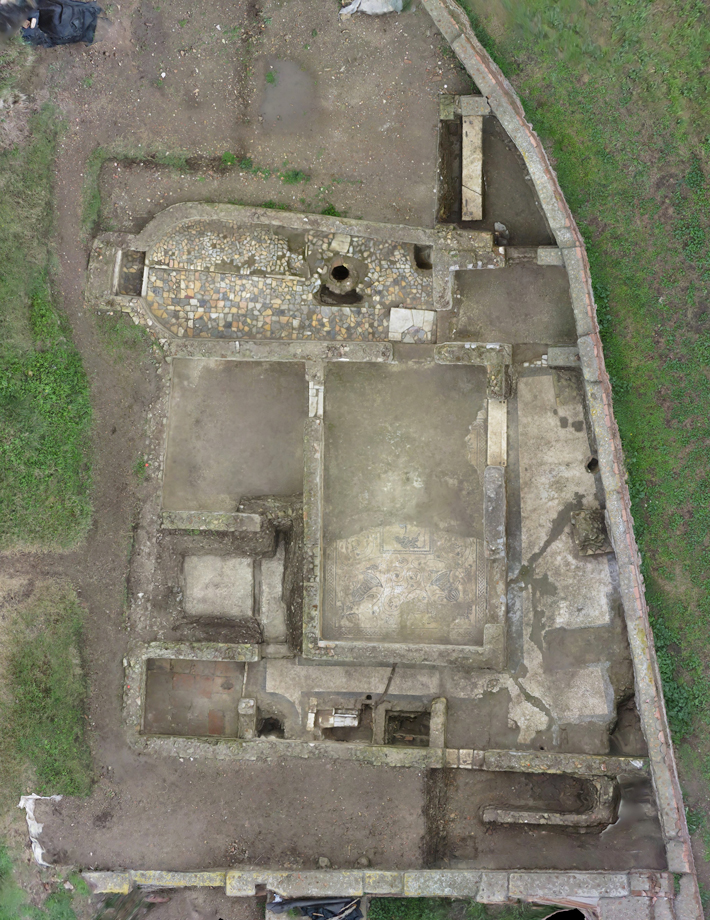 BOLOGNA, ITALY—Live Science reports that archaeologists led by Max Victor David of the University of Bologna have excavated a 1,600-year-old temple in Ostia thought to have been dedicated to several deities. The temple may have been primarily dedicated to the Zoroastrian god Mithras, whose cult the Romans imported from the East. Mithras is said to have been an excellent archer and is usually associated with light and sun. Paintings of tridents and arrows were found in one of the temple’s rooms. An inscription in the mithraeum mentions Mithras and Kronos, Greek god of harvest and time, suggesting Kronos may also have been venerated at the site. An Egyptian ivory handle, usually associated with the goddess Isis, points to her worship as well. David said banquets, initiation ceremonies, and animal sacrifices associated with Mithraism would have taken place in the building, and the participants may have achieved an altered state of consciousness through the use of psychotropic plants. In the mithraeum’s spelaeum, a room intended to resemble a cave, the researchers uncovered a floor made of pieces of multicolored marble, a bench, a ritual well, and a possible flower bed. The mithraeum is thought to have been closed in the fifth century after the rise of Christianity. To read about the discovery of another Roman mithraeum, go to "World Roundup: Corsica."