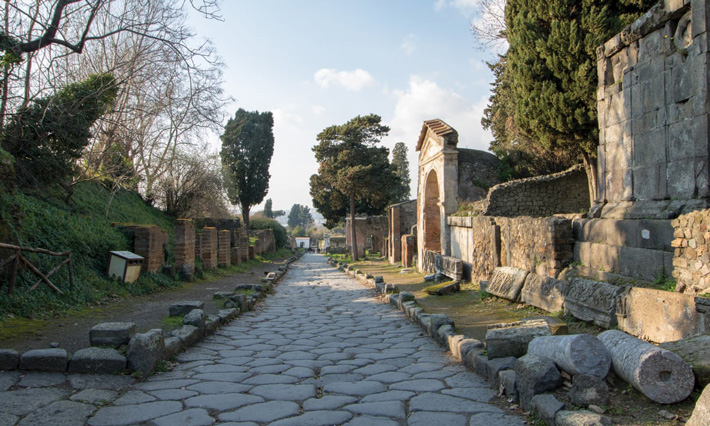 NEW ORLEANS, LOUISIANA—According to a report in The Guardian, trash dumped outside the northern wall of the city of Pompeii was recycled and reused. Researcher Allison Emmerson of Tulane University said it had been previously thought that the mounds of trash may have been deposited by an earthquake that occurred about 17 years before the destruction of the city by the eruption of Mount Vesuvius in A.D. 79. But analysis of soil samples suggests the trash had been taken outside the walls, sorted, and returned to the city for use in new buildings, she explained. “The difference in soil allows us to see whether the garbage had been generated in the place where it was found, or gathered from elsewhere to be reused and recycled,” she said. For example, walls could be constructed from pieces of tile and pottery and lumps of old mortar and plaster. “Almost all such walls received a final layer of plaster, hiding the mess of materials within,” Emmerson said. For more on recent research about the ancient city, go to "Digging Deeper into Pompeii's Past."