Did Skull Shapes Mark Social Changes in the Roman Empire? 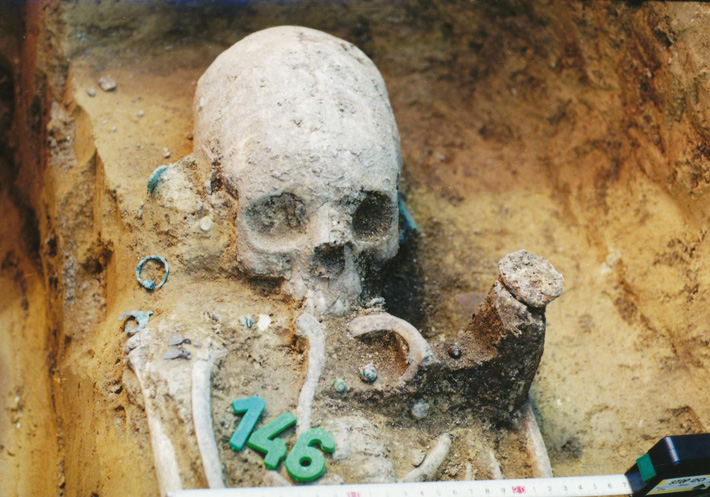 SZEKSZÁRD, HUNGARY—A new study led by Corina Knipper of the Curt Engelhorn Center of Archaeometry suggests that central Europeans who practiced skull-binding lived alongside other cultures in the Roman province of Pannonia Valeria, in what is now western Hungary, during the political instability of the fifth century A.D., according to a Live Science report. The researchers divided the remains of individuals from 96 graves in the Mözs cemetery, 51 of which had elongated skulls, into three generations who lived between A.D. 430 and 470. The oldest remains in the cemetery were interred in Roman-style graves. The middle group was buried in a different manner, and the last burials in the cemetery combined practices of Roman and other traditions. Modified skulls were found in all three groups. About 30 percent of the oldest burials had elongated heads, while about 65 percent of the middle group and 70 percent of the last group showed signs of head binding. The researchers noted that the placement of grooves in the skulls changed over time, indicating that different binding techniques were used among different groups. Chemical analysis of the bones showed that some of the later residents had been born near the cemetery, while others had settled there after growing up somewhere else. The researchers concluded that residents of Pannonia Valeria mingled and adopted each other’s cultural habits as the Roman Empire collapsed. For more on Hungarian archaeology, go to "Letter from Hungary: The Search for the Sultan's Tomb."