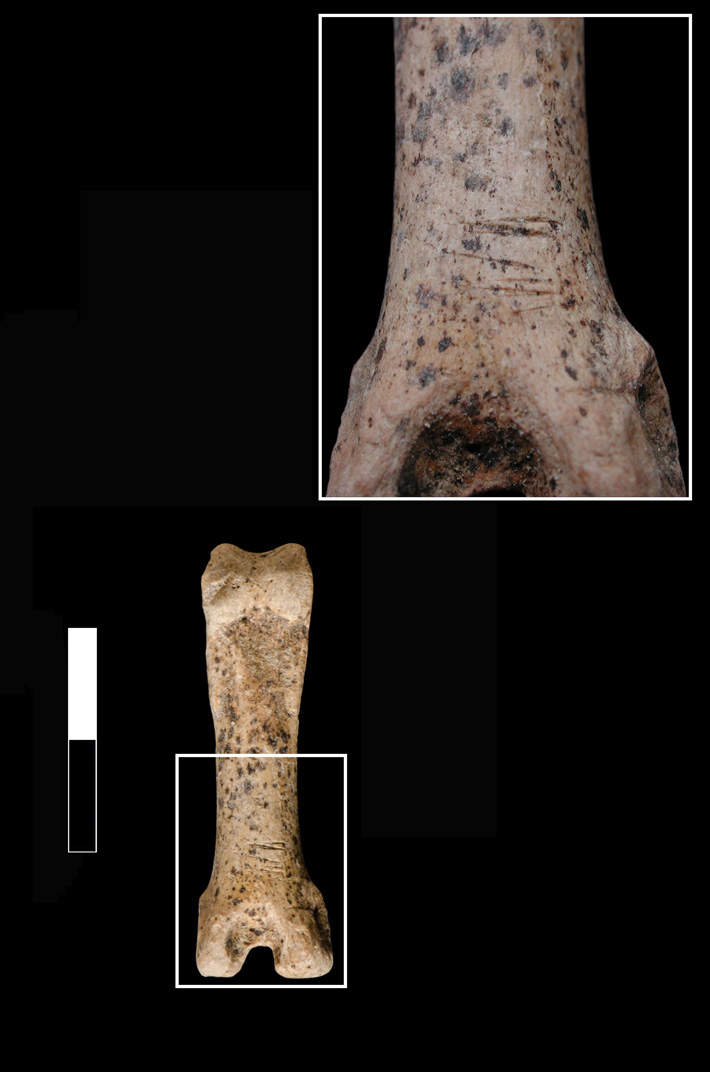 KRAKÓW, POLAND—Science in Poland reports that Piotr Wojtal of the Polish Academy of Sciences identified butchered wolf bones among a collection of 30,000-year-old flint and bone artifacts and tools unearthed in the Czech Republic. “Until now, scientists were convinced that wolves and other predators were the target of hunting primarily because of their skins, and certainly not as a source of meat,” Wojtal said. Some of the marks on the wolf bones were the result of removing the skin, he explained, but other marks are only associated with dividing a carcass into portions. Wojtal and his team also identified the remains of lions and bears among the artifacts, whose bones also bore marks from skinning and butchering. “Therefore, the meat of these large predators was also eaten by Paleolithic hunters,” he explained. To read about a possible cause of carnivore extinctions in East Africa beginning about three million years ago, go to "Scaredy Cats."