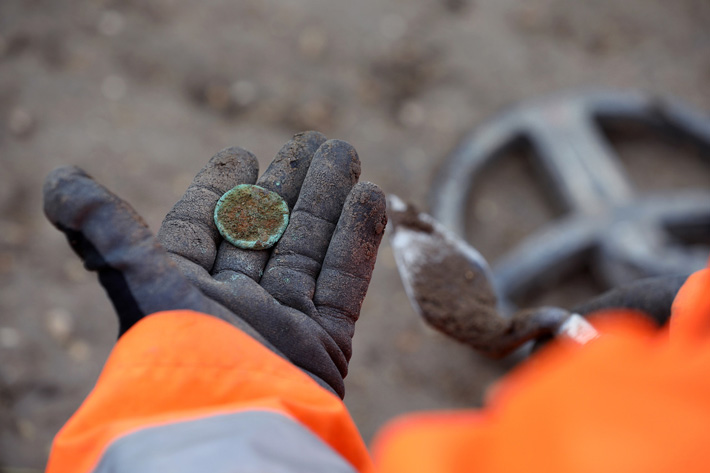 CAMBRIDGE, ENGLAND—Excavations at the site of a new residential development just north of Cambridge have revealed traces of a Roman settlement, Cambridge Independent reports. Situated at the intersection of a Roman canal and road, the 17-acre area features an elaborate 2,000-year-old ditch system dating to the late Iron Age or early Roman period. Archaeologists have also unearthed pottery kilns and ceramic fragments that indicate Roman industrial production, as well as coins and a Bronze Age palstave ax head. To read about 6,000 years of history uncovered during construction on Cambridgeshire's A14 roadway, go to "Letter from England: Building a Road Through History."