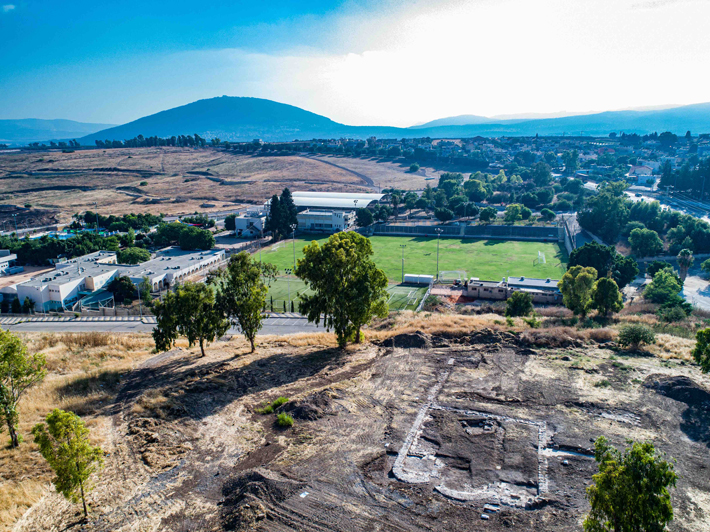 KFAR KAMA, ISRAEL—Haaretz reports that a 1,300-year-old Byzantine church, which appears to have once been part of a larger monastery complex, has been uncovered in Israel's Galilee region. Working ahead of construction on a playground in the village of Kfar Kama, which is home to a large Circassian community, archaeologists discovered the roughly 40-by-120-foot footprint of the church. The structure featured a large courtyard, a foyer and central hall, three apses, and ornate mosaic floors. The decoration of the mosaics includes geometric, as well as blue, black, and red floral patterns. The team also discovered a small stone box, which researchers believe was used as a reliquary. Ground-penetrating radar surveys revealed the presence of two additional rooms at the site that have yet to be excavated. A smaller church from the same period was previously excavated in Kfar Kama in the early 1960s. “This was probably the village church," said archaeologist Moti Aviam of Kinneret Institute of Galilean Archaeology at the Kinneret Academic College, "whilst the church now discovered was probably part of a contemporary monastery on the outskirts of the village." Aviam and his colleagues believe the presence of the churches and the monastery suggest that the village was an important Christian center during the Byzantine period. To read more about Byzantine archaeology, go to "Shipping Stone."