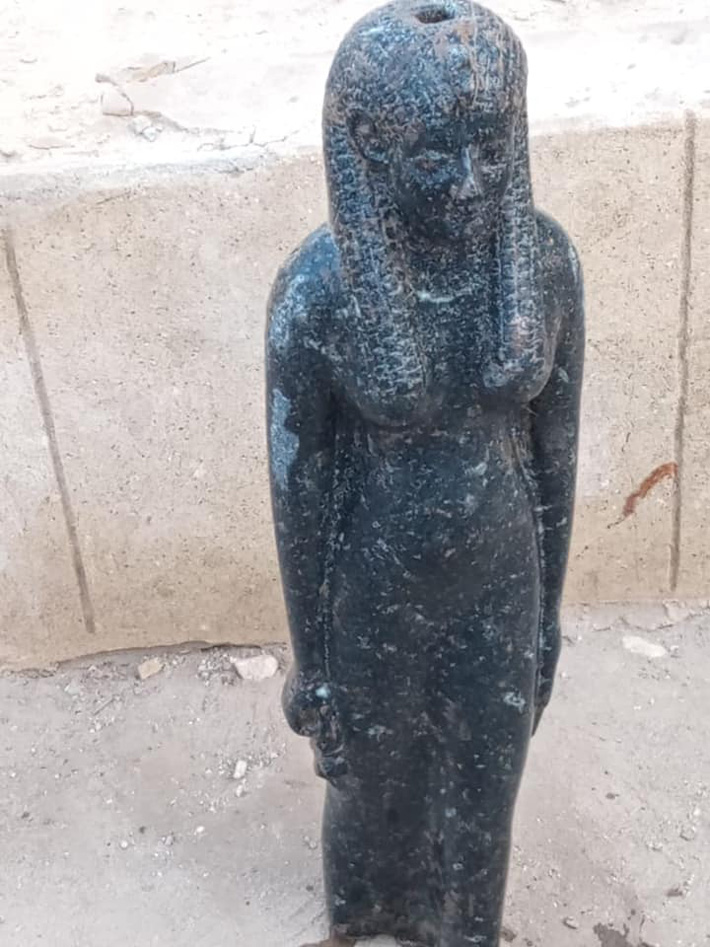 MIT RAHINA, EGYPT—According to an ANSA report, a team of archaeologists from Egypt's Ministry of Antiquities conducting rescue excavations on private land south of Cairo have uncovered black and pink granite statues and carved blocks dating to the reign of Ramesses II (r. ca. 1279–1213 B.C.). The finds include statues of the god Ptah, the lion-headed goddess Sekhmet, and Hathor, the goddess of beauty and love who was also regarded by the ancient Egyptians as the symbolic mother of the pharaohs. Another sculpture depicts the pharaoh himself alongside two deities. Mostafa Waziri of the Supreme Council of Antiquities said that carved limestone blocks dating to the Coptic period indicate later reuse of the site. Excavations will continue until the area has been surveyed entirely. To read about the examination of a woman's legs that were recovered from the tomb of Ramesses' wife Nefertari, go to "Royal Gams."