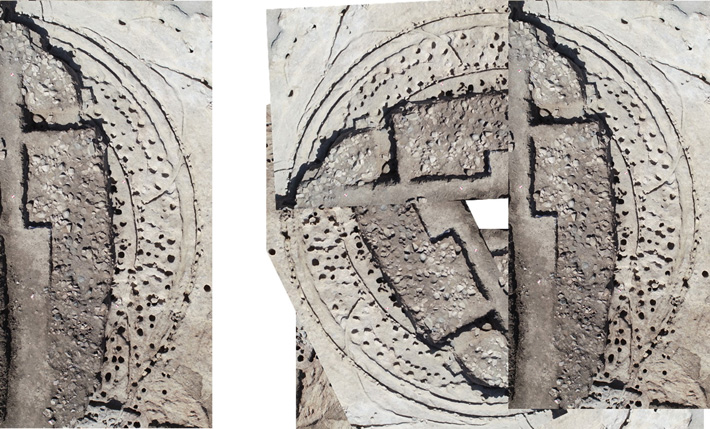 ÉVORA, PORTUGAL—Archaeologist António Valera announced the discovery of a monumental wooden structure at the prehistoric site of Perdigões, which is located in south-central Portugal, according to a report in The Portugal News. The circular structure measured more than 60 feet in diameter, and was situated in the center of a complex of ditch enclosures, he added. “A possible access to the interior of this structure is oriented towards the summer solstice, reinforcing its cosmological character,” Valera said. The circle thus links Perdigões to similar Neolithic henge sites found elsewhere in Europe, he added. To read about gatherings at henge sites throughout southwest England, go to "Neolithic Henge Feasts," one of ARCHAEOLOGY's Top 10 Discoveries of 2019.