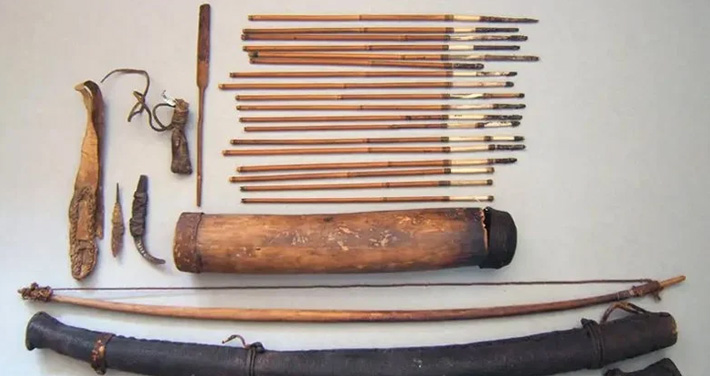 JOHANNESBURG, SOUTH AFRICA—According to a Science Alert report, Marlize Lombard of the University of Johannesburg suggests that poison-arrow technology may be tens of thousands of years older than previously thought. She analyzed bone-tipped arrowheads dated to the Paleolithic, and compared them to arrows known to have been used with poison, and arrows known to have been used without poison. Typically, arrows used with poison are smaller because they only need to reach an animal’s bloodstream to deliver a deadly substance, while arrows used without poison must inflict a wound that will incapacitate or kill an animal. Lombard found that three out of six bone-pointed arrows recovered from South Africa’s Blombos Cave, dating to between 72,000 and 80,000 years ago, resemble poisoned arrowheads, and are so small that they would probably have been ineffective without an added poison punch. Lombard cautions that further study of a larger sample of Paleolithic arrowheads is needed. For more, go to "First Use of Poison," one of ARCHAEOLOGY's Top 10 Discoveries of 2012.