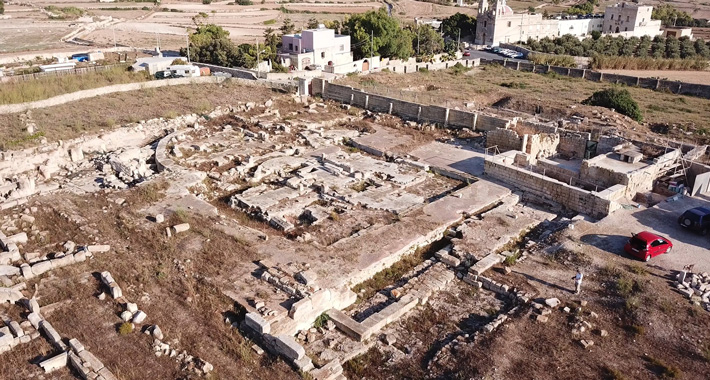 VALLETTA, MALTA—The Times of Malta reports that work to restore a collapsed eighteenth-century farmhouse at Tas-Silġ, an archaeological complex on Malta’s southeastern coast, has uncovered the foundations of a Roman temple. The bricks of the farmhouse had been laid directly on the well-preserved Roman foundation. “We were able to find a corner wall, complete with opus signinum flooring, that formed part of the temple,” said Maxine Anastasi of the University of Malta. Opus signinum flooring, made of broken pottery and crushed lime, hardens into durable flooring, she explained. The Roman building likely had a large colonnaded peristyle, she added. Much of the body of the Roman building was probably incorporated into other structures throughout the 1,000 years the site has been occupied. A 3-D digital model of the historic farmhouse was created, but only one of its rooms will now be preserved at the site. To read about an eighth-century B.C. Phoenician shipwreck discovered off Gozo Island, go to "World Roundup: Malta."