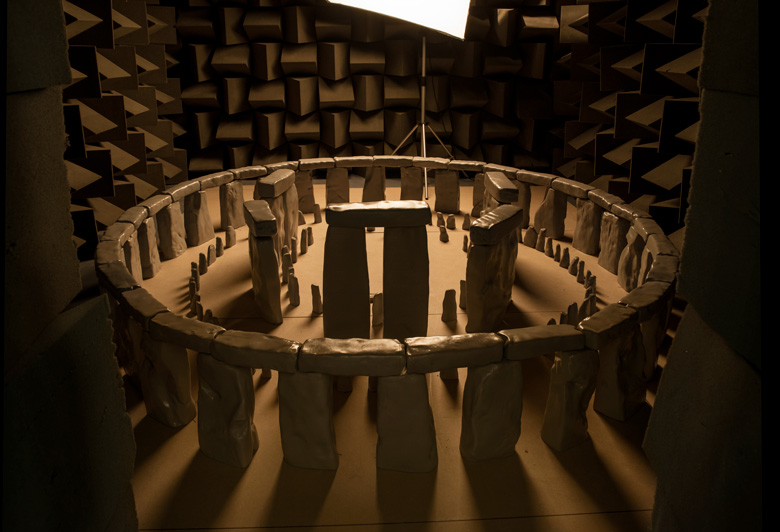 MANCHESTER, ENGLAND—The Independent reports that acoustic engineers led by Trevor Cox of the University of Salford built a complete 1:12 scale model of Stonehenge with a 3-D printer, based upon a computer-aided design software model supplied by Historic England. The researchers then tested the recreated monument in a sound laboratory, just as models of concert halls and opera houses are tested. The study suggests that the strong reverberations of instruments such as drums and lurs, a kind of bronze horn, would have been amplified between ten and 20 percent when played in the monument’s inner sanctum. But these sounds would have been less audible to anyone outside the circle, Cox added, even without a roof on the structure. “With so many stones missing or displaced, the modern acoustics of Stonehenge are very different to that in prehistory,” he explained. Read the original scholarly article about this research in the Journal of Archaeological Science. To read about the recent discovery of a ring of massive pits around a nearby Neolithic henge, go to "Stonehenge's New Neighbor."