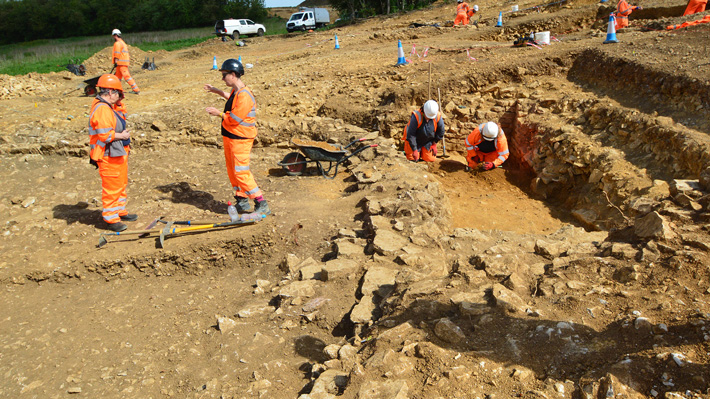 LINCOLNSHIRE, ENGLAND—Excavation ahead of road construction in the East Midlands has uncovered human remains, animal bones, roof tiles, an iron sickle, a copper spoon handle, brooches, stone walls, a pottery kiln, and other furnaces and ovens dated to the second or third centuries A.D., according to a Lincolnshire Live report. Some 400 Roman coins were also recovered. One of the buildings unearthed at the site was built into a hillside. It may have been destroyed during a landslide. “Although some of the stone was used in the construction of later buildings, the side that faced into the hillside had survived several courses high,” said archaeologist Phil Weston. Human remains, including adults and newborns, were found under the floors and foundations of some of the buildings, he added. “No one knows for sure why, but one idea is that they were thought to bring luck to the structure and its occupants,” Weston said. To read about a Roman abattoir in southwest England, go to "Where's the Beef?"