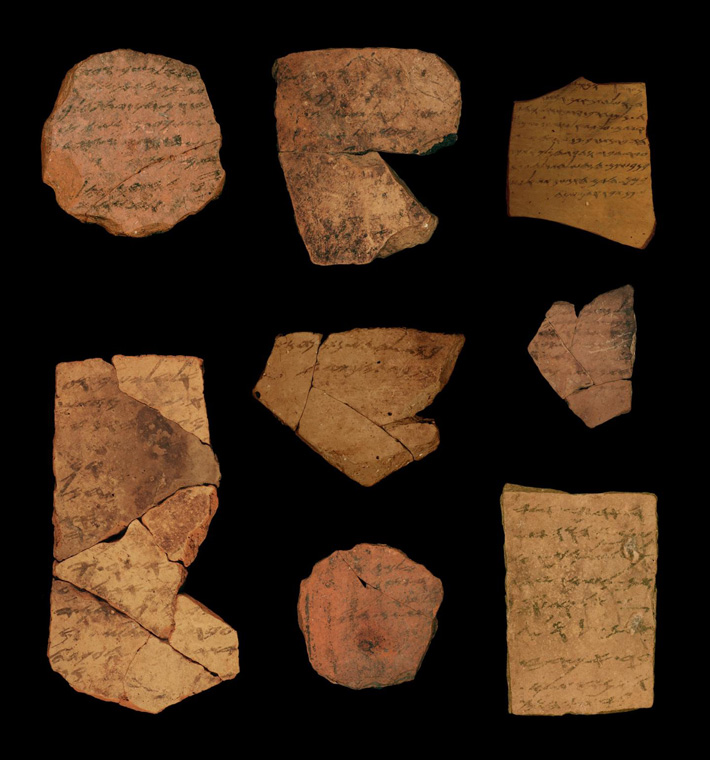 TEL AVIV, ISRAEL—According to a statement released by the American Friends of Tel Aviv University, a new study of ostraca from Tel Arad, the site of a small military outpost located to the west of the Dead Sea, suggests that literacy was not limited to royal scribes in the period leading up to the destruction of the First Temple in Jerusalem. A team of researchers utilized image-processing technologies and machine learning to analyze 18 Hebrew texts, which had been written in ink on pottery dated to about 600 B.C. An initial study in 2016 suggested that at least six different people had written the texts. Now, forensic handwriting specialist Yana Gerber suggests that as many as 12 different hands may have written the inscriptions. Arie Shaus of Tel Aviv University said this knowledge, combined with the content of the inscriptions, offers insight into the chain of command and supply systems within the fortress. Barak Sober of Tel Aviv University explained that for so many of the soldiers at this small outpost to be literate, there must have been an educational system in place in Judah at the end of the First Temple period. Read the original scholarly article about this research in PLOS ONE. For more on writing at Tel Arad, go to "Reading Invisible Messages."