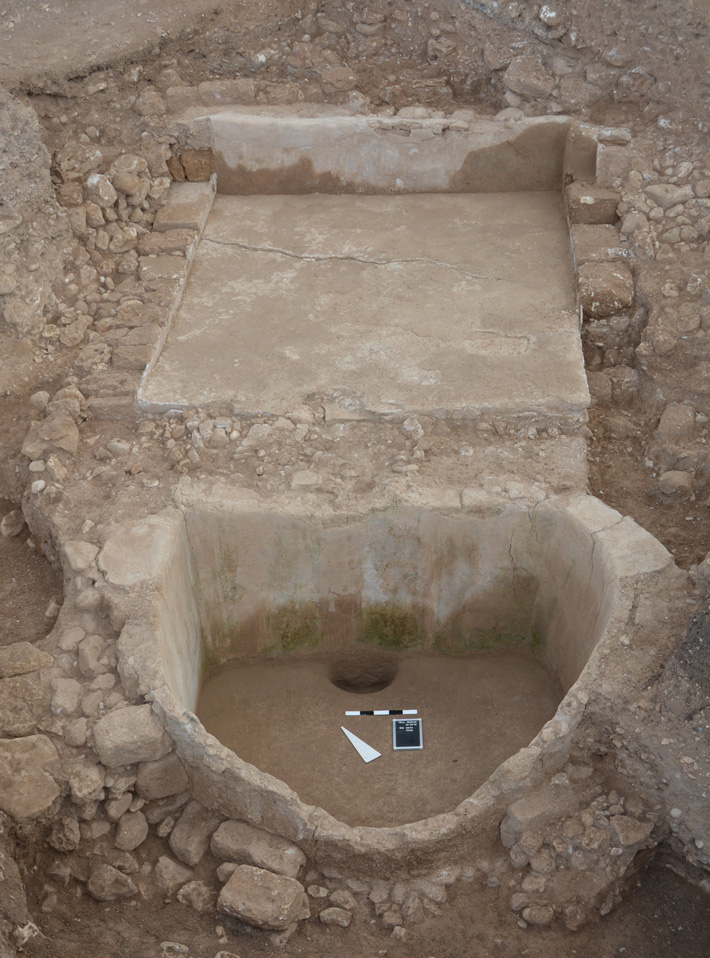 TÜBINGEN, GERMANY—According to a statement released by the University of Tübingen, an Iron Age winepress has been unearthed in Lebanon at the Phoenician site of Tell el-Burak, a small settlement inhabited from the late eighth to the middle of the fourth century B.C. The seventh-century B.C. winepress was built into the slope of a hill with plaster made of lime and crushed ceramics. Such lime plaster, made with a technique also used by the Romans, was hardwearing and water-resistant. Adriano Orsingher, Jens Kamlah, Silvia Amicone, and Christoph Berthold of the University of Tübingen and Hélène Sader of the American University in Beirut suggest the settlement was founded to supply the nearby trading town of Sidon with agricultural products. Earlier research at the site uncovered evidence of large-scale grape cultivation and a large number of amphoras that may have been used to transport wine. To read about some of the first evidence for winemaking in France, go to "French Wine, Italian Vine."