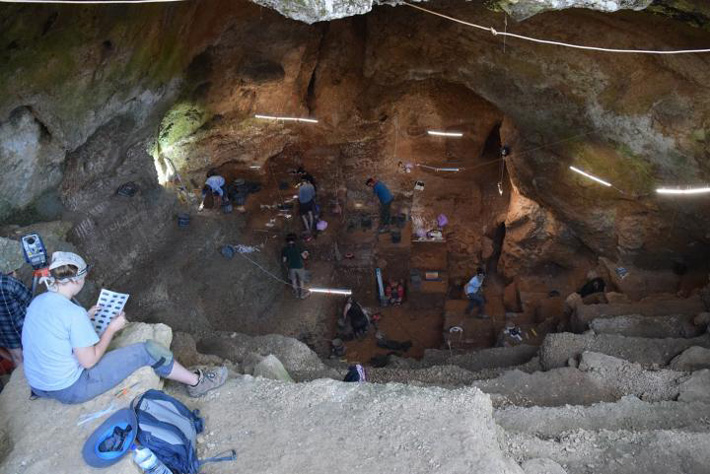 LOUISVILLE, KENTUCKY—According to a Cosmos Magazine report, an international team of researchers working in the Lapa do Picareiro, a cave near central Portugal’s Atlantic coastline, has uncovered thousands of butchered animal bones and tools made by modern humans between 41,000 and 38,000 years ago, pushing back the arrival of modern humans in westernmost Europe by some 5,000 years. Previous research has suggested that Neanderthals inhabited the same region between 45,000 and 42,000 years ago. “Neanderthal populations were probably not very dense and therefore unable to prevent moderns from invading their territory,” said Jonathan Haws of the University of Louisville. “It also raises the possibility that the two groups were contemporary and interacted with one another, ultimately leading to the assimilation of the Neanderthals.” It is still not known if modern humans traveled across Europe on inland rivers, or if they followed the coastline, Haws explained. To read about the domestic spaces of some of Europe's earliest modent humans, go to "Letter from France: Structural Integrity."