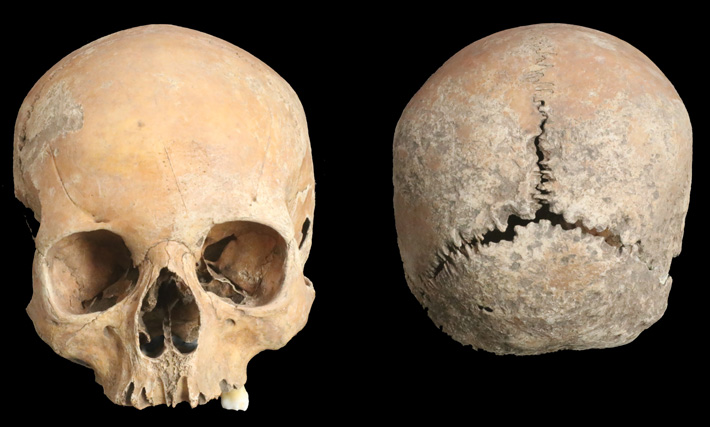 LONDON, ENGLAND—CNN reports that researchers led by Garrard Cole of University College London have found evidence of facial disfigurement described in historic records on the remains of an Anglo-Saxon girl unearthed in southern England in the 1960s. The remains of the girl, who is estimated to have been between 15 and 18 years old at the time of death, were not found in a cemetery, which suggests she may have been buried as an outcast. Her injuries include a cut across her mouth that would have removed her lips, a deep cut through her nose, and a cut across her forehead that suggests she may have been scalped. The bone shows no signs of healing, so the girl may have died shortly after she was wounded. According to Anglo-Saxon law codes, such punishments were given to women for the crime of adultery and to slaves caught stealing. To read about a study of the possible remains of Anglo-Saxon princess Saint Eanswythe, go to "ID'ing England's First Nun."