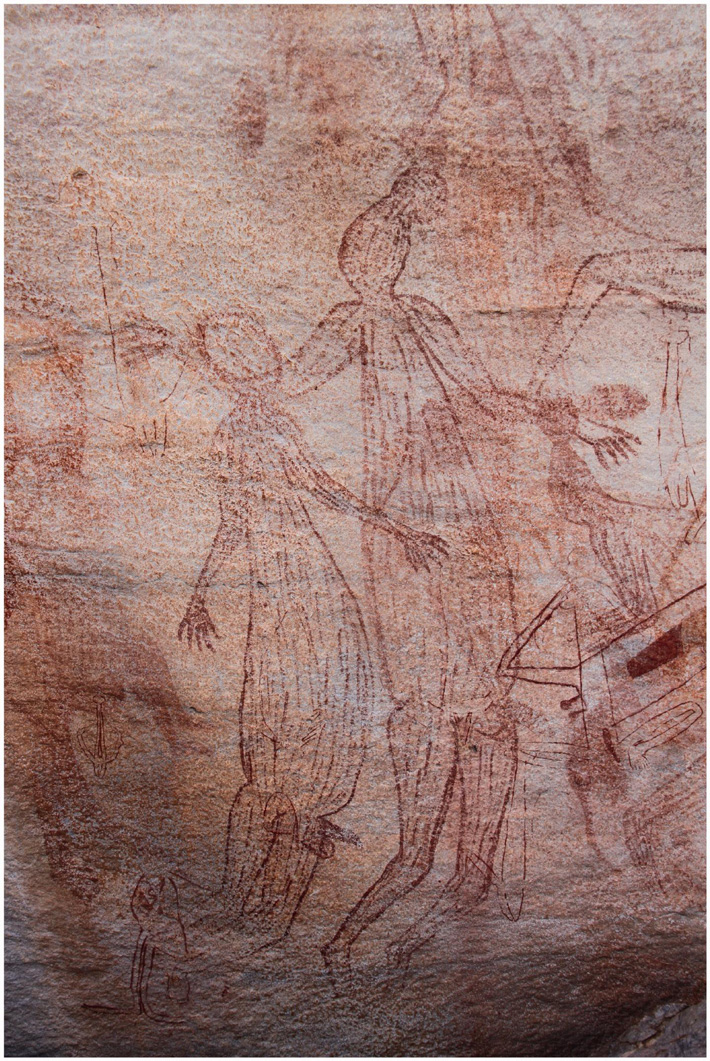 QUEENSLAND, AUSTRALIA—Cosmos Magazine reports that 572 Maliwawa Figures have been documented for the first time at 87 different rock art sites in northern Australia’s Arnhem Land. Paul Taçon of Griffith University said the red figures, drawn between 6,000 and 9,400 years ago, depict humans and animals living in relationship and engaging in different activities. Some of the figures stand more than 20 inches tall, while some of the human figures are shown wearing headdresses. The animal figures include three bilbies, which are not thought to have lived in the region, and a dugong, a marine animal, which suggests the artist had visited the coast, added Sally May of Griffith University. To read about 12,000-year-old rock art depicting anthropomorphic figures, go to "Around the World: Australia."