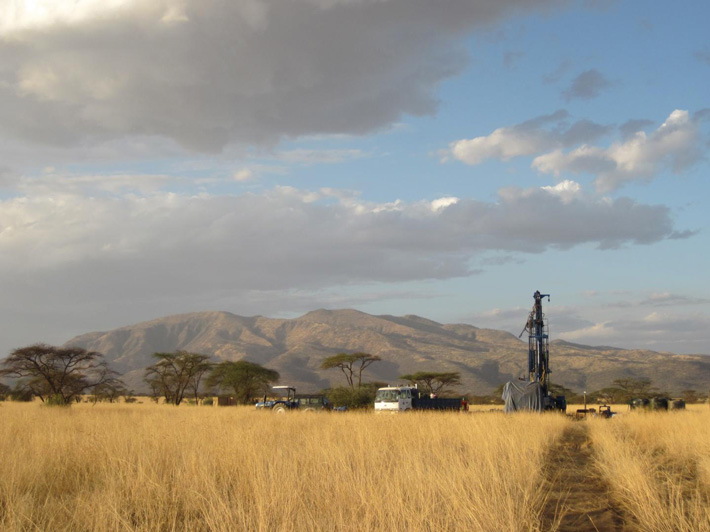 WASHINGTON, D.C.—According to a Science News report, a 450-foot-long sediment core from Kenya’s Koora Basin holds one million years of environmental data that could elucidate details of human evolution. Paleoanthropologist Rick Potts of the Smithsonian Institution said that chemical and microscopic studies of the layers in the sediment core revealed that some 400,000 years ago, volcanic eruptions reduced the size of lakes and the amount of available water, while the climate fluctuated dramatically. As large animals died out, they were replaced by smaller ones with more diverse diets, he explained. Between 500,000 and 320,000 years ago, hominins living at Kenya’s Olorgesailie site, which is located about 15 miles away from the core-drilling site, shifted from making cutting tools of local stone to the smaller, more carefully made objects made from imported materials that are characteristic of the Mesolithic. Potts and his colleagues suggest this shift in technology and the possible beginning of trade between hominin groups may have been prompted by fluctuating food and water shortages. “A cascade of ancient ecological changes led to alternating periods of resource abundance and scarcity, likely helping to make us the most adaptable [hominin] species that ever existed,” he explained. To read about evidence for stone toolmaking from West Turkana, Kenya, go to "Earliest Stone Tools," one of ARCHAEOLOGY's Top 10 Discoveries of 2015.