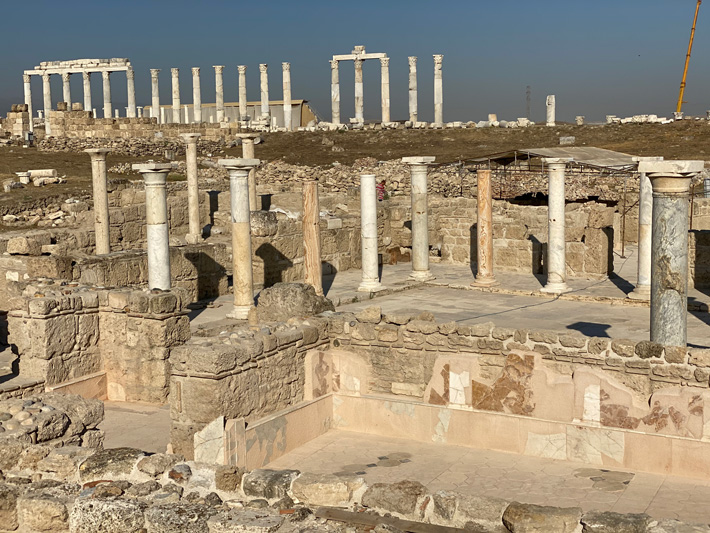 DENIZLI, TURKEY—A building featuring 20 columned corridors arranged around a courtyard has been discovered next to a theater in southwestern Turkey’s ancient city of Laodicea, according to a Hurriyet Daily News report. Celal Şimşek of Pamukkale University said the structure was used as a home, as a place of business, and as a Christian church. “The hall in the west was organized for men and the one in the east for women and a place of worship was made here in the east hall,” he said. The eastern hall faced north and was decorated with marble coverings on the walls, he added. “We think that the Laodicea Church was built after Christianity was made free, [in the late fourth century A.D.], and the high-ranking clergy there probably lived in this house, but we have not yet made a clear determination regarding this,” Şimşek said. The building could help researchers understand how Christianity spread throughout the region, he explained. To read about a submerged basilica discovered on the shores of Turkey's Lake Iznik, go to "Sunken Byzantine Basilica," one of ARCHAEOLOGY's Top 10 Discoveries of 2014.