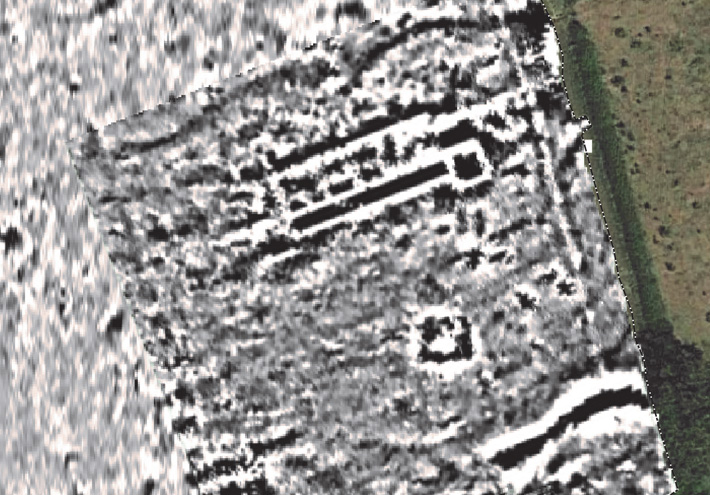 WREXHAM, WALES—The site of a Roman villa thought to have been occupied from the late first century through the early fourth century A.D. has been discovered in northeast Wales by metal detectorists, according to an MSN report. Archaeologists from Wrexham Museum, the University of Chester, and Archaeological Survey West followed up the discovery of Roman artifacts at the site with a ground-penetrating radar survey, which suggests the presence of stone and tile buildings placed around a central courtyard, a trackway, and outbuildings. “This exciting discovery potentially alters our understanding of northeast Wales in the wake of the Roman conquest,” said Caroline Pudney of the University of Chester. It had been previously thought that people lived in either military sites or simple farmsteads in Wales throughout the Roman period. To read about a Roman fort in Wales that was uncovered during a summer 2018 drought, go to "The Marks of Time: Roman Fort."