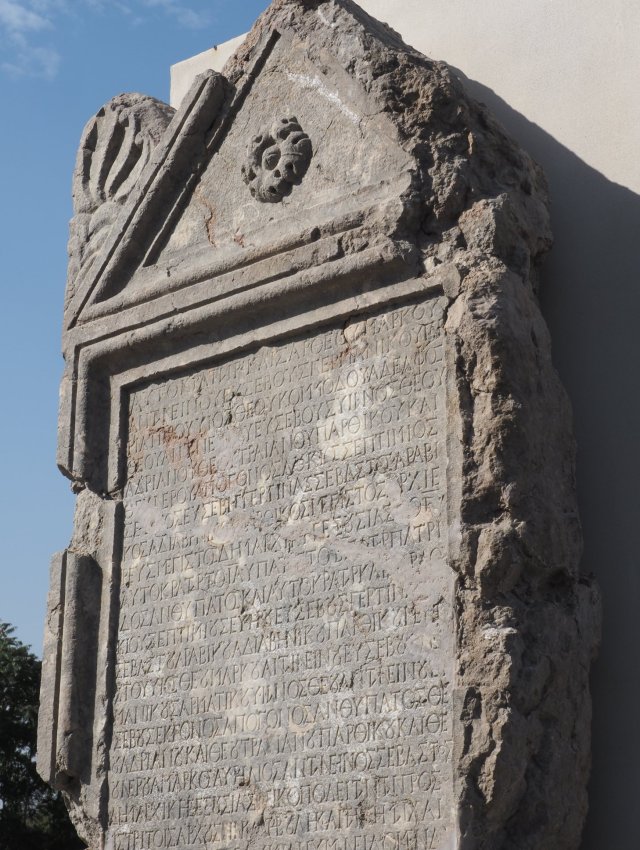 VELIKO TARNOVO, BULGARIA—Archaeology in Bulgaria reports that a team of researchers from the Veliko Tarnovo Museum of History and epigraphist Nikolay Sharankov of Sofia University have reassembled and translated a 37-line Greek inscription on a fragmented stone stela discovered in the ancient Roman city of Nicopolis ad Istrum in 1923. The study suggests the text is a letter from the Roman emperor Septimius Severus and his son Caracalla thanking the people of the city for a “donation” of 700,000 denarii. Sharankov said the emperor treated the bribe as a gift from the people, who wanted to gain the ruler’s favor because they had supported one of his rivals in A.D. 193, after the murder of the emperor Commodus and a struggle among five men for the imperial title. Sharankov also said that Septimius Severus, who was from North Africa, used the letter to present himself to the people of Nicopolis ad Istrum as an heir of the emperor Marcus Aurelius, in an attempt to legitimize his authority. The stela has been reeerected at the site. To read about the marble map of Rome made under Septimius Severus, go to "Piecing Together a Plan of Ancient Rome."