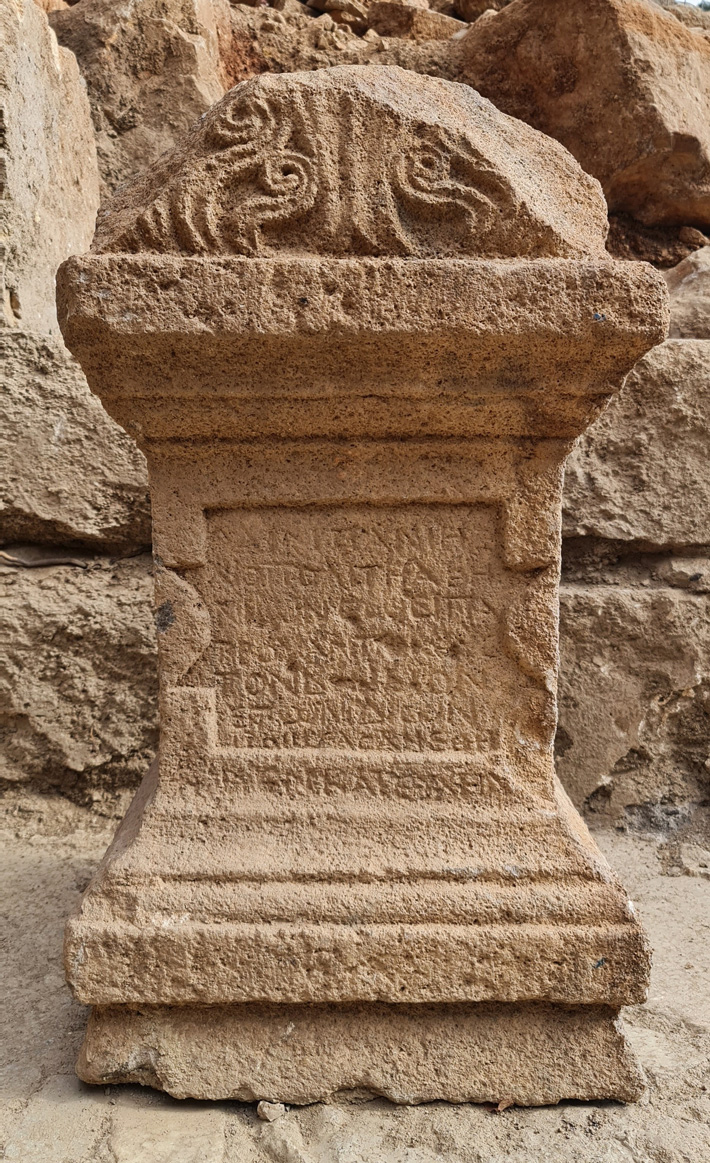 HAIFA, ISRAEL—Haaretz reports that an 1,800-year-old altar was found in the limestone walls of a Christian church in the seventh century A.D. Once known as Paneas, the site is located in what is now the Banias Nature Reserve. An inscription on the volcanic basalt altar indicates that it was dedicated to Pan Heliopolitanos, a Greek deity with the characteristics of Pan and Zeus. “The wall is made of small simple stones and there’s this one great big stone,” said Adi Erlich of the University of Haifa. The carving was situated in the wall so that it would not be visible inside the church, he added. The inscription also states that it was dedicated by Atheneon, son of Sosipatros of Antioch, a city located some 200 miles north of the site. Avner Ecker of Bar-Ilan University, who translated the inscription, said this distance could reflect the importance of the city to the Pan cult, or perhaps Atheneon was simply thanking Pan Heliopolitanos for a safe journey. “The inscriber was no pro,” Ecker noted, since the text exceeds its frame and the letters get smaller as the text runs down the stone. To read about a purple dye industry on the Mediterranean coast that thrived for millennia, go to "Letter from Israel: The Price of Purple."