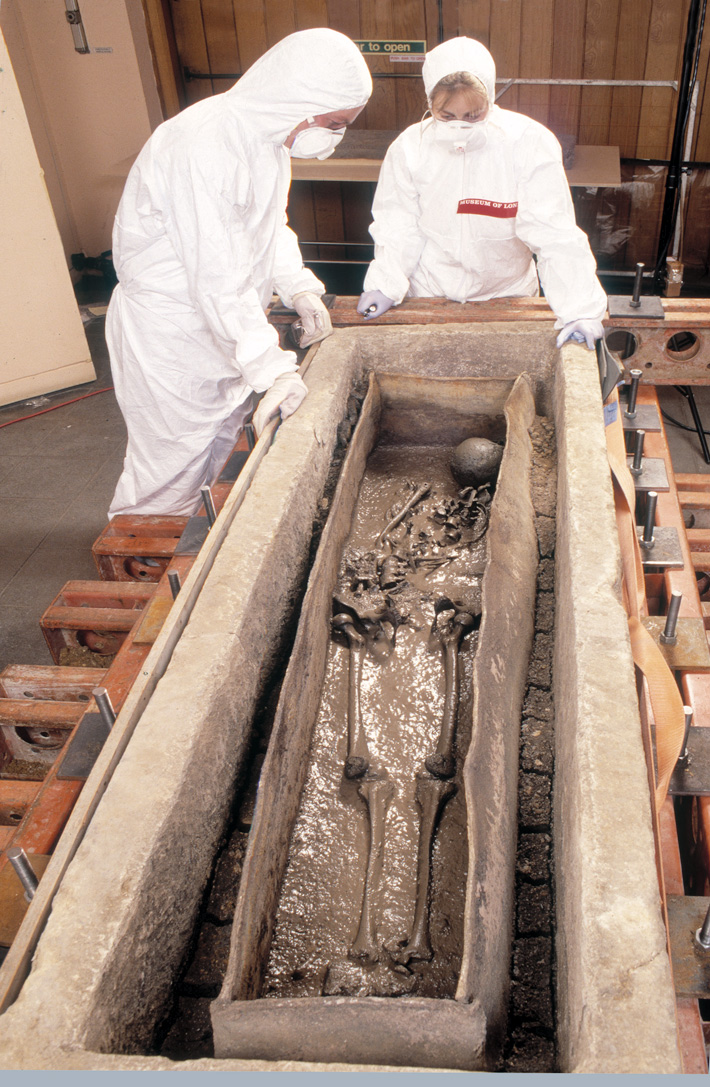 LONDON, ENGLAND—The Independent reports that researchers from the Museum of London Archaeology have analyzed the 1,600-year-old burial of a woman discovered in a lead coffin placed inside a stone sarcophagus in northern London. Known as the “Spitalfields Lady,” her head had been placed on a pillow stuffed with bay leaves. The coffin had also been scented with resin from pine and pistachio trees. Chemical analysis of her teeth showed that she had grown up in the city of Rome, where she suffered a brief illness in her childhood. The aristocratic woman may have been the wife of a governor or viceroy, but no identifying inscriptions have been found. She is thought to have died within a few years of arriving in Britain, perhaps in childbirth or from disease. Her body was dressed in a garment made of silk imported from China and stitched with gold thread. It featured a band of wool that may have been dyed purple, an expensive color usually associated with Rome’s imperial and senatorial togas. At least two imported glass perfume vessels, one of which was equipped with a dipstick made of jet quarried in Yorkshire, were also recovered at the burial site. To read about a purple dye industry that ran for nearly 3,000 years, go to "Letter from Israel: The Price of Purple."