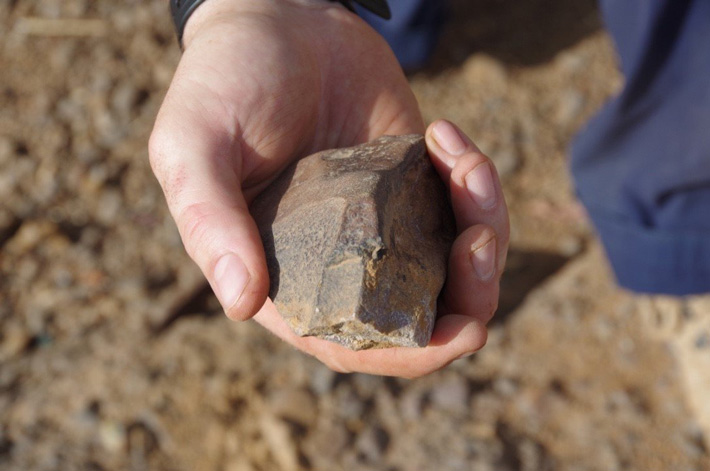 JENA, GERMANY—According to a statement released by the Max Planck Institute for the Science of Human History, researchers Eleanor Scerri of the Max Planck Institute and Khady Niang of the University of Cheikh Anta Diop and their colleagues have identified multiple Middle Paleolithic sites in Senegal dated to about 11,000 years ago. Such Middle Paleolithic tools found in eastern and southern Africa are usually dated to between 30,000 and 300,000 years ago, the researchers explained. The researchers point out that the region is surrounded by the Sahara Desert, rain forests, and river systems that may have isolated its people. The inhabitants of West Africa may have also experienced less extreme climate changes than people living in other parts of the continent, resulting in little need for changes in their toolkits. Genetic studies also suggest that African people lived in distinct populations at this time, Niang added. To read about tools in Kenya that may date to 3.3 million years ago, go to "Earliest Stone Tools," one of ARCHAEOLOGY's Top 10 Discoveries of 2015.