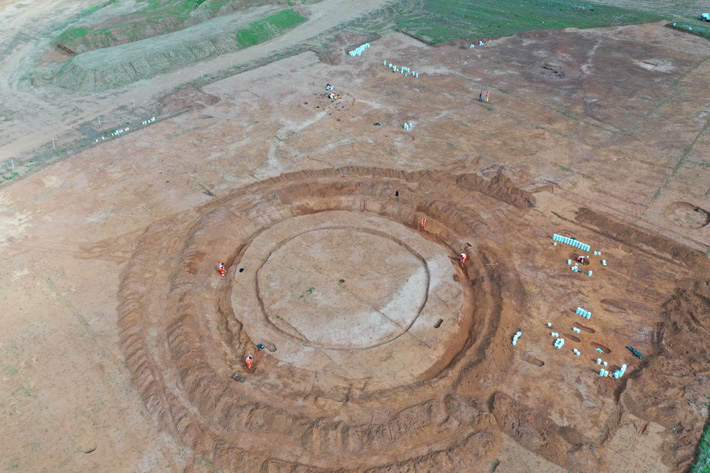 NORTHAMPTONSHIRE, ENGLAND—The Northampton Chronicle & Echo reports that an Anglo-Saxon settlement and cemetery, and Bronze Age barrows and burials, were discovered in England’s East Midlands during an archaeological investigation conducted by researchers from the Museum of London Archaeology ahead of a development project. Traces of more than 20 structures were unearthed at the Anglo-Saxon settlement site. Weapons, cosmetic kits, combs, thousands of beads, some 150 brooches, 75 wrist clasps, and 15 chatelaines were recovered from the more than 150 Anglo-Saxon burials. The Bronze Age site consists of three round barrows, more than 40 burials, and four buildings. “The excavations will help us understand the way people lived in both the Anglo-Saxon period, around 1,500 years ago, as well as the Bronze Age, nearly 4,000 years ago,” concluded team member Simon Markus. To read about a 4,000-year-old ringed sanctuary in Germany that had surprising connections to Stonehenge, go to "Stonehenge's Continental Cousin."