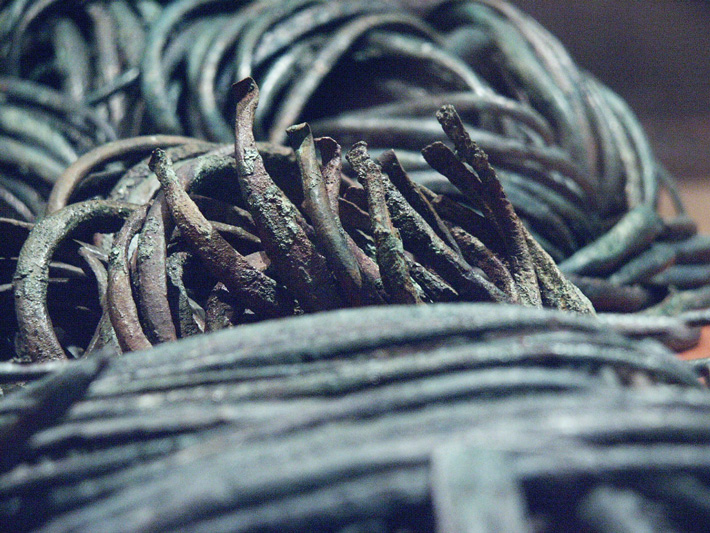 LEIDEN, NETHERLANDS—Courthouse News Service reports that researchers led by Maikel H.G. Kuijpers of Leiden University analyzed more than 5,000 of copper objects discovered north of the Alps and found that about 70 percent of the rings and many of the ribs and ax blades all weighed about seven ounces. People would have been able to weigh the objects by hand, Kuijpers explained. This uniformity, perhaps produced by casting the objects in molds, could indicate they were used as currency some 3,500 years ago, he said. The value, he added, came from the copper itself, rather than an assigned value. By the end of the Early Bronze Age, forming copper into rings and ribs gave way to the use of pieces of scrap metal and casting cakes as commodity money. Currency standardization increased when scales came into use and allowed for greater accuracy of measurement during the Middle Bronze Age, he added. To read about the largest Bronze Age hoard discovered in London, go to "Tool Time."