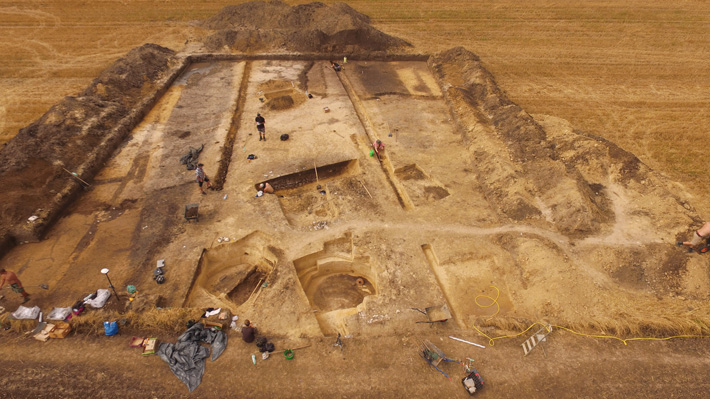 KRAKOW, POLAND—According to a report in The First News, a megalithic cemetery has been discovered by archaeologist Jan Bulas, who first spotted the outlines of an early medieval ditch in satellite images of a cultivated field in southeastern Poland. He and colleague Marcin M. Przybyła then mapped the field with magnetometers and discovered a row of megalithic barrows dating to some 5,500 years ago. They think the site could contain traces of as many as 12 stone-lined tombs measuring between 130 and 165 feet long. These long walls are thought to have been reinforced with wooden palisades, with an entrance placed on the narrow eastern end, he added. “Unfortunately, most of the remains of the deceased and equipment were removed from these burials while the cemetery was in operation,” Przybyła said. “It was a ritual behavior that we often encounter in cemeteries from that period.” To read about clay pig figurines unearthed at a Bronze Age hillfort in southern Poland, go to "Piggy Playthings."