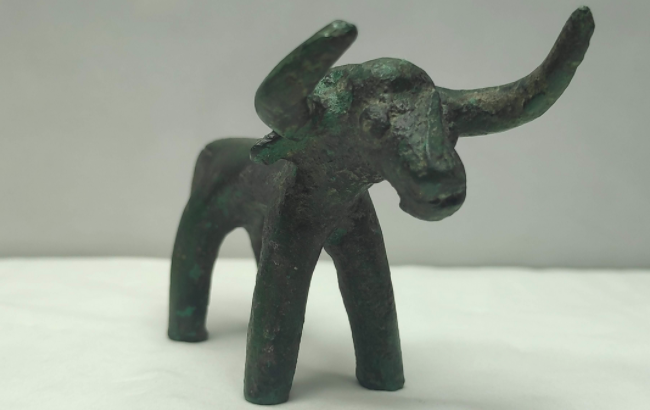 ATHENS, GREECE—BBC News reports that a bronze bull figurine was discovered in southern Greece, near the Temple of Zeus at the ancient sanctuary site of Olympia. An archaeologist spotted the sculpture’s horns sticking up out of the mud after heavy rains. The figurine is thought to be at least 2,500 years old. Burn marks on the object suggest it may have been a votive offering to the god Zeus at a time of sacrifice. For more on Olympia, go to "A New View of the Birthplace of the Olympics."