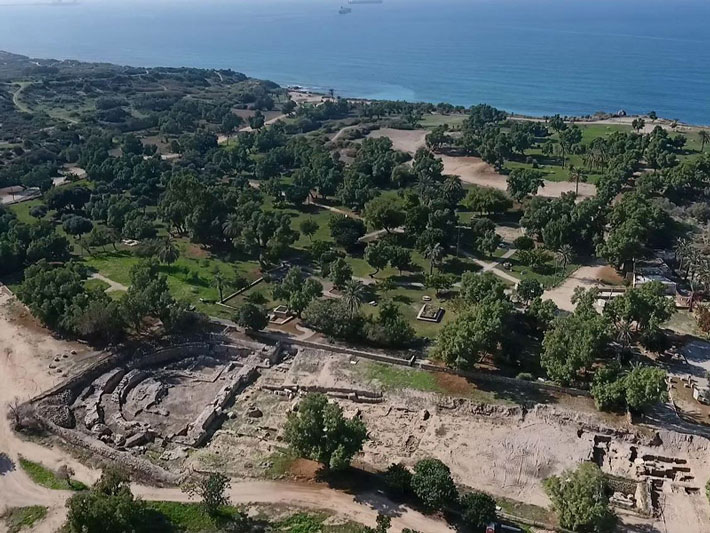 ASHKELON, ISRAEL—According to a statement released by the Israel Ministry of Foreign Affairs, researchers led by Rachel Bar-Natan, Saar Ganor, and Fredrico Kobrin of the Israel Antiquities Authority have uncovered a Roman basilica complex in the ancient city of Ashkelon, which is located along southern Israel’s Mediterranean coastline. Ashkelon residents during the Roman period would have met for social and legal matters, transacted business, and attended performances and religious ceremonies at the basilica complex. The building, which had a roof and walls made of marble imported from Turkey, featured a central hall and two side halls. The central hall was surrounded with rows of marble columns and capitals standing approximately 43 feet tall. The capitals were adorned with plant motifs and eagles, the symbol of the Roman Empire, the researchers explained. The basilica was destroyed by an earthquake in A.D. 363 and abandoned. To read about a robust dye industry on the Mediterranean coast, go to "Letter from Israel: The Price of Purple."