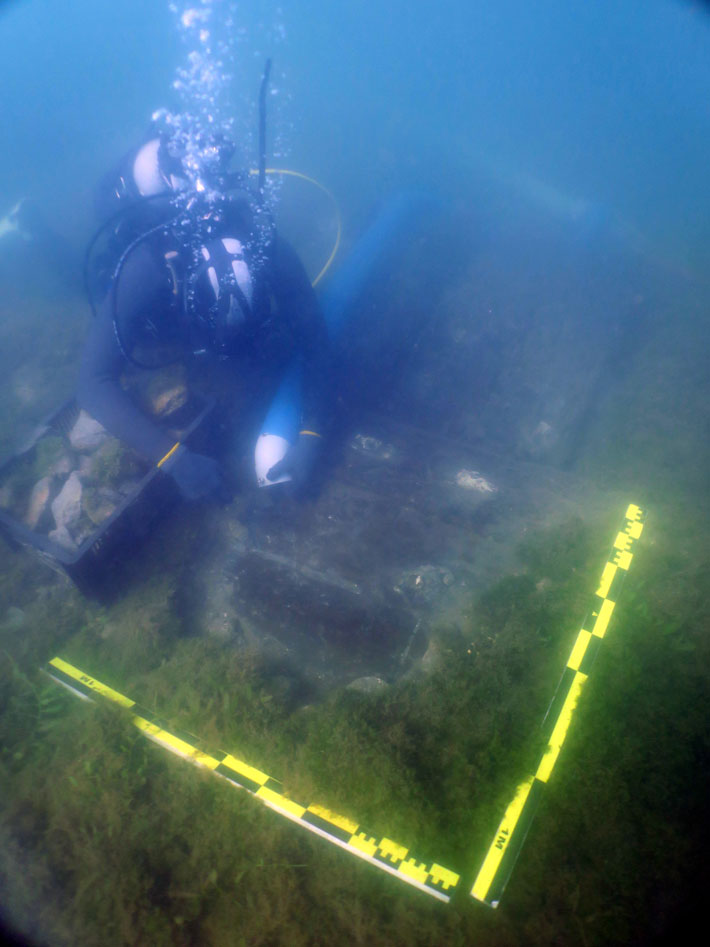 TANK BAY, ANTIGUA—The Antigua Observer reports that an eighteenth-century shipwreck has been found in the mud at Nelson’s Dockyard, which is situated in English Harbor on the island’s southern coast, as part of a collaborative project between the University of the French West Indies (AIHP GEODE), and the Antigua and Barbuda National Parks. A team led by Jean-Sébastien Guibert of the University of the French West Indies used side-scan sonar equipment and a magnetometer to investigate the underwater site. They found that the wooden hull measures about 130 feet long. “The British were very good at keeping records about what happened at the dockyard and we haven’t found anything relating to it, so it’s a big possibility that it’s not British but something else,” said archaeologist Christopher Waters of the National Parks Authority. It may be the wreckage of the 1762 Beaumont, a heavily armed merchant ship built by the French East India Company. The ship was later sold to a private individual, renamed the Lyon, and was eventually captured off the coast of Virginia during the American Revolution. The ship was likely stripped of any useful or identifying objects by enslaved Africans when it sank, Guibert explained, but the researchers will map the site, compare the wreck’s dimensions to records of Beaumont, and analyze its wooden timbers and ballast stone for clues. To read about the remains of British sailors stationed on the island during the Napoleonic Wars, go to "World Roundup: Antigua and Barbuda."