Neanderthal Artwork in Germany Dated to 51,000 Years Ago 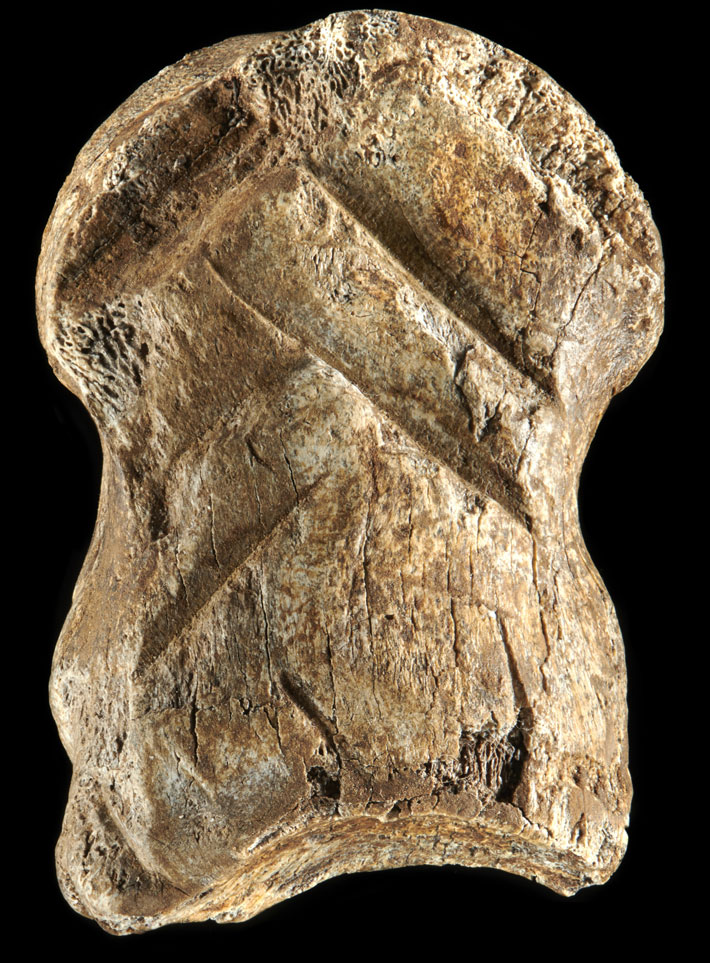 GÖTTINGEN, GERMANY—Thomas Terberger of the University of Göttingen and Dirk Leder of the Lower Saxony Office for Cultural Heritage suggest that an engraved giant deer bone unearthed in a cave in the Harz Mountains of central Germany is an artwork created by Neanderthals some 51,000 years ago, according to an NBC News report. The chevron-shaped markings are made up of lines in the shape of an inverted V, pointing upwards. Small lines were cut along one edge of the toe bone, thought to be a base on which it can stand. Microscopic analysis showed that the incisions were very deep, indicating that the bone had been boiled to soften it for carving. “We were discussing different interpretations of the markings,” Terberger said. “The shape could be like a female figurine with the head and chest part, but then the chevron pattern to some of us looked like three mountains in a row—a landscape view.” The artifact was found near a deer’s shoulder blade bones and an intact cave bear skull. Together, the objects may have held ritual meaning. “It was probably left standing upright in a corner of the cave,” Leder concluded. To read about a 37,000-year-old carving found in a French rock shelter, go to "Europe's Oldest Engraving," one of ARCHAEOLOGY's Top 10 Discoveries of 2012.