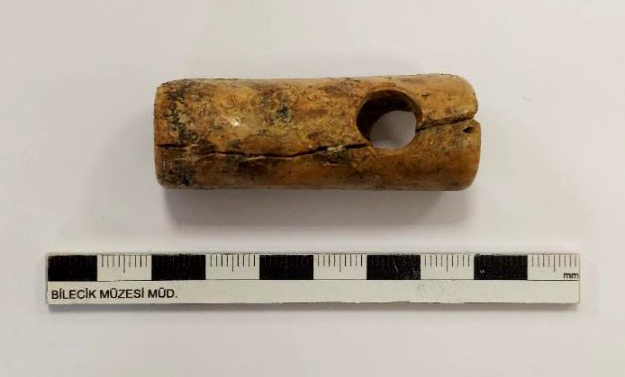 BILECIK, TURKEY—Hurriyet Daily News reports that 11 sets of human remains dated to some 8,500 years ago have been unearthed in northwestern Turkey by archaeologists who were called to the site when residents found pieces of ancient ceramics in the yard of their apartment building. Researcher Erkan Fidan of Bilecik University and his colleagues also recovered three-holed musical instruments and grains of wheat, lentils, barley, and vetch. These early farmers are also thought to have kept domesticated animals, Fidan explained. The bones will be analyzed for information about the age and sex of the individuals, as well as any diseases they may have had and the kinds of foods they ate, he added. To read about the 11,000-year-old stone circles of Göbekli Tepe in southern Turkey, go to "Last Stand of the Hunter-Gatherers?"